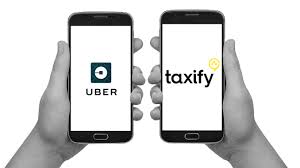 By August 20, passengers should brace up for the implementation of the new guidelines for Uber and other taxi operators in Lagos State.

The new guidelines billed to take effect from next Thursday also indicates new licence fees, which differ, depending on the number of vehicles in the fleet of the operator.

“There is an urgent need to upgrade the existing guidelines for the operation of taxi business in the state, based on the reality of insecurity and safety confronting the sector (transportation) as people of questionable characters have hijacked the process, which has resulted in increased road crashes, kidnapping, robbery, pollution and insecurity, thereby eroding the confidence of the general public in taxi business.”

Also, ride-hailing service providers will pay 10 per cent service tax to the state on each transaction paid by the passengers to the operators.

Among other regulatory fees, ride-hailing service providers are expected to grant the Ministry of Transportation access to their database.

ALSO READ:  NDDC Never Awarded Any Contract To Any Company Owned By Me - James Manager