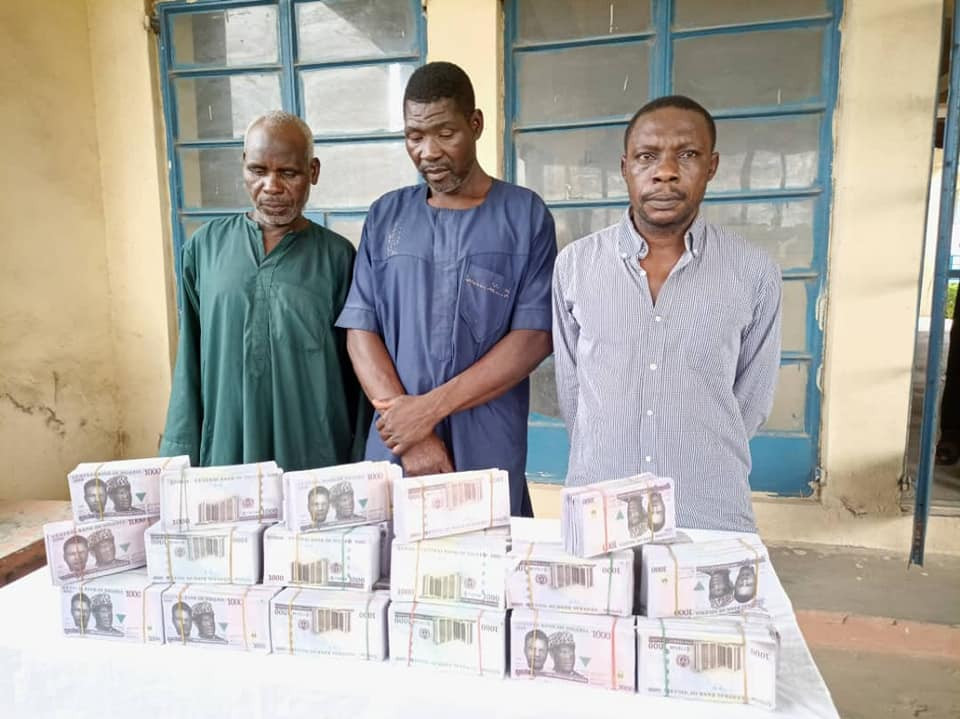 In  a statement on Tuesday, July 6, Spokesperson of the command, DSP Wasiu Abiodun, said;

“He was arrested with Pastor Sabastine and Umar who were suspected to be his agents. During interrogation, Emmanuel confessed to the crime and claimed that he bought the fake currency from one Nifom presently at large at Katsina-Ala in Benue State at the rate of one hundred and fifty thousand naira, while he met Pastor Sabastine at a Cathedral Congress in Makurdi who promised to assist him to sell the currency,”

“Umar was contracted by Pastor Sabastine in an attempt to meet a buyer at the said hotel. The case is under investigation and the suspects will be arraigned in court as soon as investigation is concluded.”