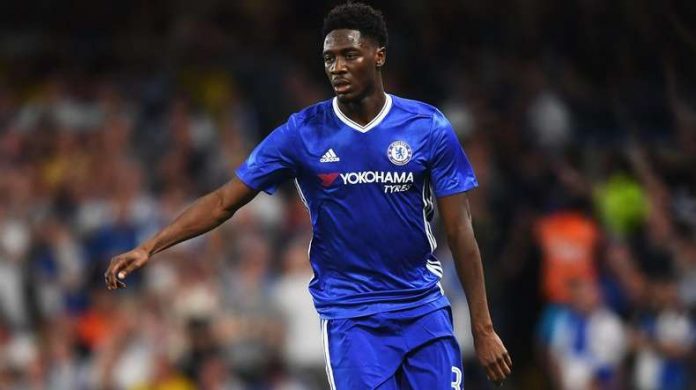 Ola Aina’s stunning strike in Fulham’s 2-0 win over West Bromwich Albion has been named the Premier League Goal of the Month for November.

The Super Eagles defender sealed the Cottagers’ first league win of the season in style on November 2, by firing in a powerful shot from outside the 18-yard box.

It was Aina’s maiden goal in the Premier League having previously played for Chelsea, where he won two top-flight titles.

Aina’s recognition makes him the first Fulham player to win the Goal of the Month award since Andre Schurrle’s triumph in January 2019.

Manchester United’s Bruno Fernandes was also honored as the Player of the Month after returning four goals and an assist in four matches while Jose Mourinho was named Manager of the Month for guiding Tottenham Hotspur to a run of three wins and a draw from four matches last month.

Aina returned to England in the summer to provide defensive options for Scott Parker after Fulham gained promotion to the Premier League.

They have the option to sign him on a permanent deal when his loan from Serie A club Torino expires at the end of the season.

So far this season, Aina has made eight Premier League appearances for the Cottagers, who sit 17th on the league table with seven points from 11 matches.

He will be expected to put in a solid defensive shift when Fulham host Liverpool for their next Premier League fixture at Craven Cottage on Sunday.

Parker’s side have only won two matches this term with eight losses recorded.