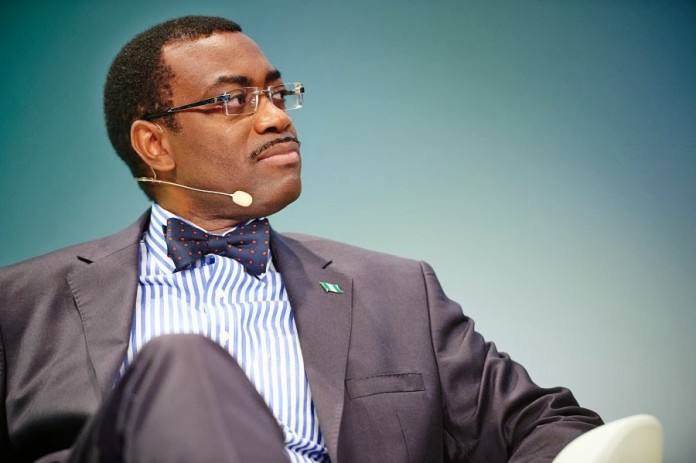 A group of unidentified whistleblowers have accused the former Nigerian Agriculture minister of handing contracts to acquaintances and appointing relatives to strategic positions at the bank, Bloomberg reports.

Adesina is due for re-election in August.

The Nigerian federal government has asked the African Development Bank (AfDB) to follow its own “laid down process to protect and preserve our bank” as the United States makes moves to unseat Akinwunmi Adesina as President of Africa’s biggest multilateral lender.

Two weeks after the bank’s ethics committee found no evidence to support allegations of favoritism levelled against Adesina, the U.S. is calling for an independent probe.

In a letter dated May 22, 2020 and addressed to Niale Kaba, who is chairperson of the AfDB’s Board of Governors, U.S. Treasury Secretary Steven Mnuchin said her country rejected plans by the AfDB’s board to end an investigation into its president.

On May 28, 2020, the Nigerian federal government, through the Minister of Finance, Zainab Ahmed, wrote a letter of support for Adesina, to the AfDB.

Addressed to Niale, Nigeria noted that “the Ethics Committee, following three months of work to examine the whistleblowers’ allegations made against the president, dismissed each and everyone of them as unsubstantiated and baseless.

“The Nigerian government welcomes this conclusion of the Ethics Committee and the decision of the Chair of the Board of Governors.”

ALSO READ:  BREAKING: Adesina Has Been Sworn In For Another 5 Years Of Service As President Of AFDB