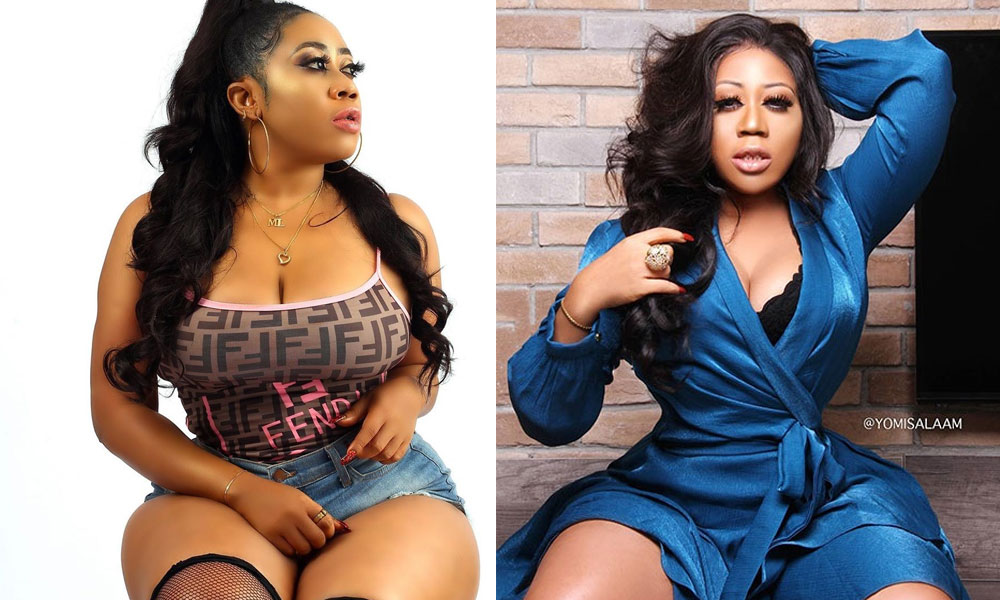 Moyo Lawal was accused of being responsible for several married men’s infidelity.

The actress shared a photo of herself on Instagram and asked why she wears the same things others wear, yet people sexualize her while others are not sexualized.

Though the actress was fully covered in the photo, her voluptuous curves still made the photo appear sexy and a man accused her of being a reason why married men are unfaithful.

Moyo responded to the follower, asking how that is so.

The follower then told her that more than 90 percent of married men have taken over social media because of “this type of your exposure” and this doesn’t bode well for their marriage.

Moyo hit back, asking if she shouldn’t live her life anymore because there are married men on social media.