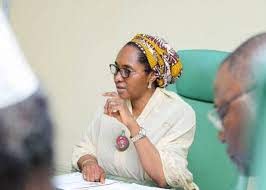 On Tuesday, November 3, 2020, Zainab Ahmed,  the Minister of Finance, Budget and National Planning, during her presentation to the Senate Committee on Local and Foreign Debts stated that Nigeria’s debt will rise to N38 Trillion By 2021.

“The total public debt stock comprising the External and Homes debts of the Federal and state governments and the Federal Capital Territory stood at N31.01trn (USD85.90 billion) as at June 30, 2020.

She stated that the reason for numerous abandoned road projects across the country is due to inadequate funds released occasioned by dwindling revenue.

She explained that the current Sukuk fund is N162bn for 45 roads cutting across the six geopolitical zones.

She said, “I am one person that feels that we should just take one major road in one geopolitical zone and finish it.

“We were not able to do that because of the processes in which appropriation is made both at the executive as well as the legislative arms of government.

“But truly, if we are able to just take one or two projects at a time and complete it before going to the next one, it will be better.

“What the contractor does is the bit that has been cut out for him to do in that particular area.

“Once the fund is released and it is finished, we stop again. That’s the consequence of these numerous projects that we put in the budget.

“It is not related to Sukuk-funded projects alone, it cuts across all the projects.

“Of course the project will never finish. After two years, the contractor comes back and asks for variation, and the amount keeps growing.

“I wish that we get to a point when we sit down as government and agree that let us select a few projects, finish them in 2020, and then in 2021, we select the next.

“So that on a geopolitical basis, those selections are done as a collective process.”