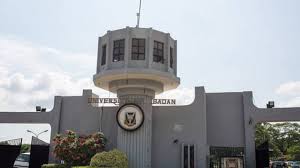 In a viral videoposted on Friday, November 20, there was jubilation in the University of Ibadan as members of the non-academic staff celebrated the exit of the instituitions bursar, Michael Alatise.

According to reports, after the celebration, they swept the former Bursars office with brooms.

Kunle ojo, a journalist who was a witness said that members of SSANU and NASU described the regime of the bursar as unpleasant as he made the instituition incondusive for the non-academic unions.

Speaking on the incident, Wale Akinremi, the chairman of SSANU stated that the the bursar neglected members of his constituency while in office. Other members also testified to the incident saying that the exit of the bursar marked the end of tyranny and unfriendliness in the instituition.

ALSO READ:  OTNPC Has Been Handed To UI And UCH For Joint Management