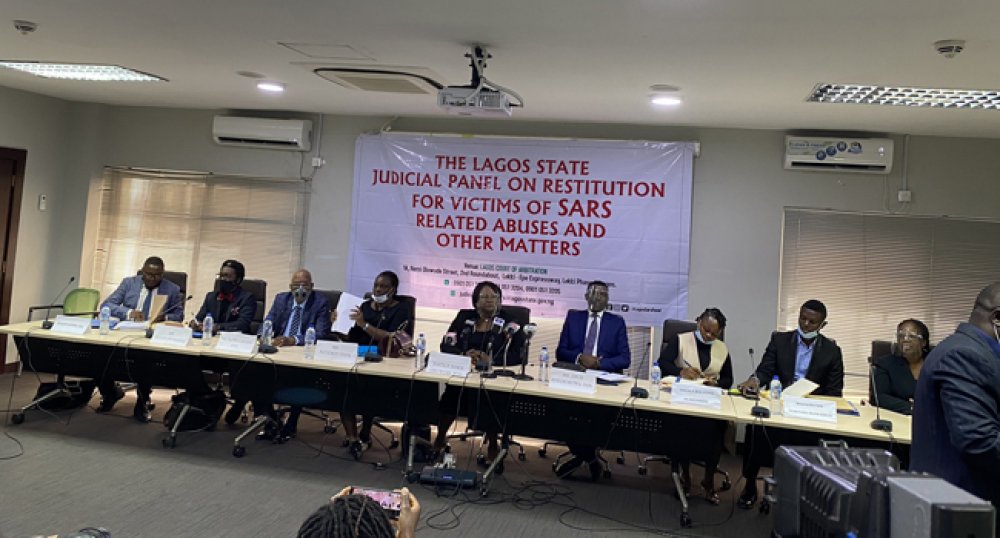 Professor John Obafunwa, a consultant pathologist to the Lagos State Government reveals Autopsy reports of the 99 corpses recovered at the lekki toll gate massacre that happened on the 20th October.

The documents were contained in two nylon bags – blue and white.

The Chairman of the panel, Justice Doris Okuwobi admitted the documents in evidence after the counsel to some EndSARS protesters, Yinka Olumide-Fusika (SAN) moved for the documents to be admitted.

There was no objection from other parties before the panel.

Recall that at the June 5 sitting of the panel, the Chairman, Justice Okuwobi had ordered Professor Obafunwa to bring before the panel the post mortem reports conducted on all 99 bodies said to have been picked from different parts of Lagos between the 20th and 27th of Oct, 2020.

Okuwobi made the order after the pathologist testified that the coroner’s office conducted post mortem autopsies on 99 bodies during the period.

He had also testified that of the 99, only three bodies were labelled as #EndSARS Lekki. The identities of all three male victims still remain unknown.