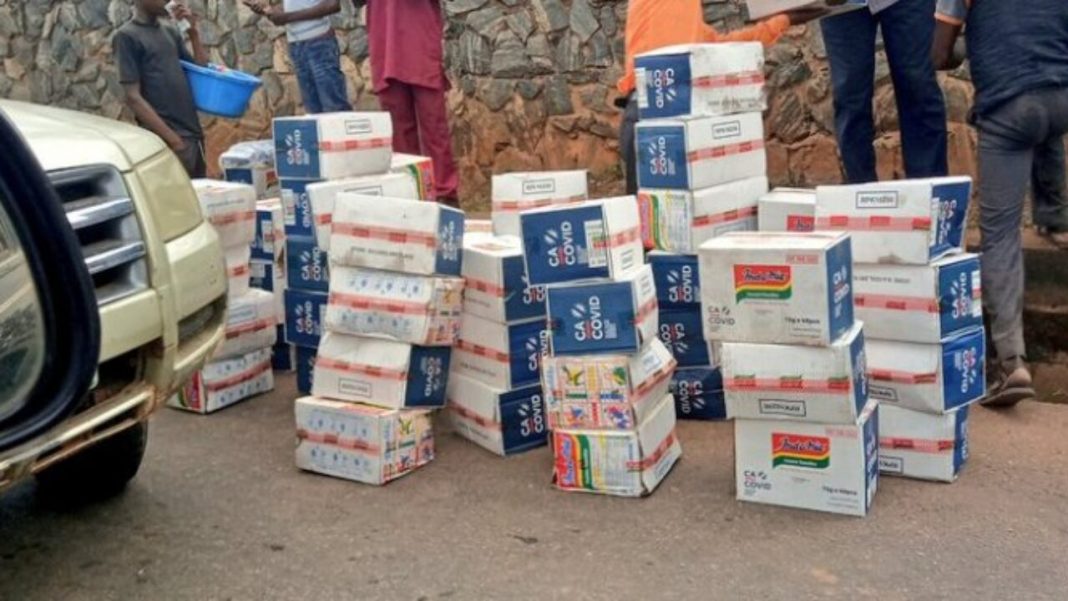 On Thursday, March 25, while parading the suspects,  Iskilu Akinsanya, Commandant of NSCDC in the state, stated that the suspects are guilty of stealing 70 bags of maize meant for distribution as COVID-19 palliatives.

According to NSCDC Intelligence report, some people are in the habit of smuggling  into the government secretariat’s warehouse to loot items.

“Our effort yielded result yesterday (Wednesday) around 21:00hrs, the suspects were arrested loading the items that are meant for the people in the state. This has been happening for a long time and we have been trying to pin them down and we are able to arrest them yesterday,” he said.

“This is what we have been talking about, the government means well for the society but there are some unscrupulous people in the society that want to traucate government’s effort.”

Concluding he said that investigations were still ongoing and when concluded they would be charged to court.