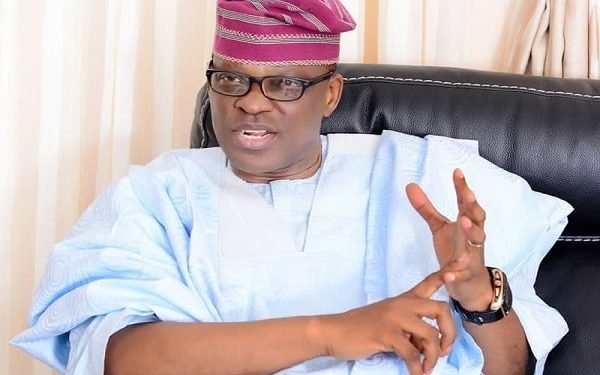 The candidate of the Peoples Democratic Party (PDP) in October 10, 2020 governorship election in Ondo State, Eyitayo Jegede, has failed to call 400 witnesses to testify in the petition he filed at the Ondo Election Petitions Tribunal seeking to nullify the victory of Governor Oluwarotimi Akeredolu.

Jegede was the only witness that testified in the suit, as his counsel, Onyechi Ikpeazu, shockingly announced that the petitioners were closing their case at the resumed hearing on Tuesday.

The tribunal had given Jegede and the PDP nine days to call the over 400 witnesses listed to testify.

But Ikpeazu told the tribunal that they opted to narrow their case to the evidence presented before the court.

He said they were no longer interested in calling any witness.

Counsel to the Independent National Electoral Commission (INEC), Charles Edosomwan, urged the court to give him time to further study the petitions.

A source in the Ondo PDP said the Southwest leadership crisis was responsible for the action at the tribunal.

The source said it was difficult for Jegede to call witnesses, who were not part of the suit, but they were on the records of the tribunal.

He said one star witness was among the party members recently suspended by the Ondo PDP.

According to the source, “you expect such a man to come and testify? He can only spill the case out of malice. So, we decided to leave them out in order not to get into more trouble.

ALSO READ:  A Man On Twitter Looks For Guidance Subsequent To Finding That His Friend's Wife Is His Manager's Side Chick

“Across the state, several of the witnesses are supporters of the suspended party leaders and it makes more dangerous for us to now know who to trust.”