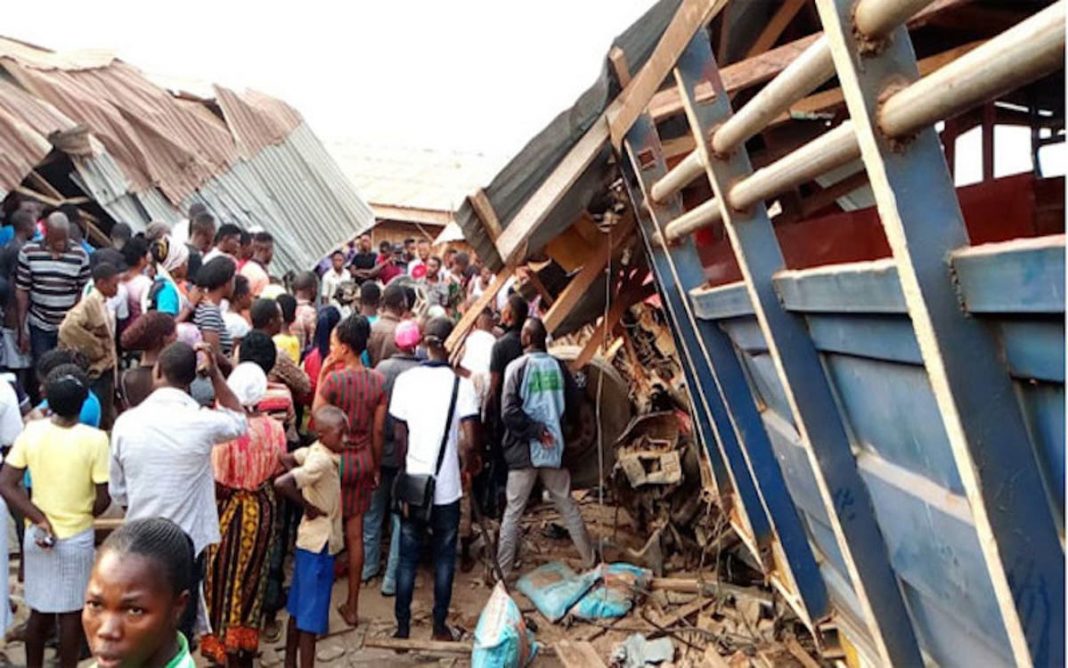 According to an eyewitness,

“The accident occurred at about 7.30pm, when the trailer loaded with bags of rice rammed into the stalls in the market.

“As we speak now eight people have been confirmed dead in the accident and we can still have more because we still have many people trapped under the trailer,”