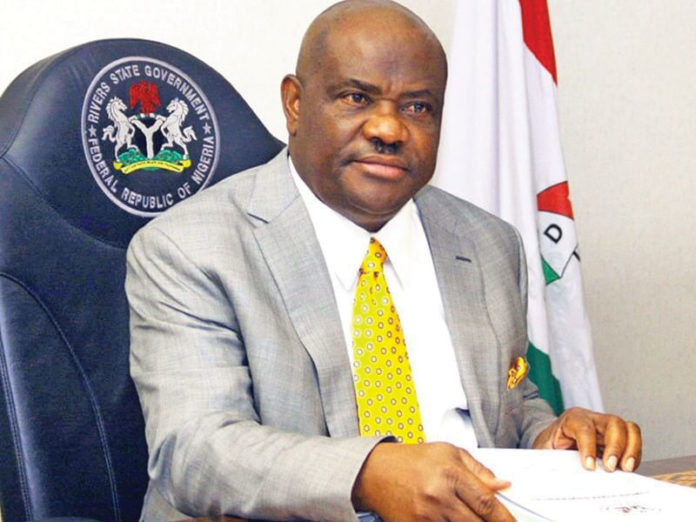 I write as a citizen and businessman who is concerned about how some of the decisions you have taken in the management of the COVID-19 Pandemic affects the maritime sector within which I operate. I also intend to address how the current situation may ultimately affect the economy of the state and nation in general.

Let me state from the outset that I understand the responsibility that you have as the chief executive of Rivers State to provide security for lives of people and their property. It is a right that no one can take away from you even though in the execution of this responsibility, one will imagine that there should be some other considerations.

Again, before I proceed, let me express my joy to read that you have eventually agreed to release 20 Dock Workers that were arrested by the state Task Force on COVID-19 on their way to work earlier this week. Even though they should not have been arrested at all, given that they were on essential service, I commend you for seeing reason and saving us from the reality of an industrial action, which Maritime Workers’ Union of Nigeria had threatened. However, I am also hoping that you will consider the withdrawal of all charges against them given the fact that they were on their way to serve the nation.

Before the arrest of this set of people Your Excellency, the task force, had frequently arrested workers of the Nigerian Ports Authority, terminal operators, labourers and clearing agents who were on their way to work in line with the Presidential directives that port operations should continue in spite of the lockdown and the dangers that the pandemic imposes on us all.

ALSO READ:  "you should be ashamed of yourself and know one day you will pay":- Don Jazzy Dishes Out Warning To Rapists

This directive itself is an understandable one, which is global! Given the fact that the sea has remained the way by which the world transports most of its food, medical items and what have you, it would be injurious even to the fight against COVID-19 for countries to close their ports. That would mean that the transportation of the essentials across countries would be impossible and many nations in need of help would not be able to access them. Any country that shuts down ports operations would therefore only be cutting its nose to spite its face, as the expression goes. This also goes to reason that if the ports are open, there must be workers, including marine pilots, stevedores, clearing agents as well as agencies of government to ensure that there is prompt offloading and turnaround of vessels as well as clearance of cargos.

It is sad to note however that all ports in Nigeria are currently open, berthing and dispatching vessels with the exception of those in Rivers State. Operators at Port Harcourt and Onne Ports have been afraid to go to work because of the arrest and intimidation they encounter from members of the task force, who disregard their essential service tags, get them arrested, locked up (with the risk of prosecution) and impound their vehicles. But this is at enormous cost to investors and the nation at large.

Let me give you an example sir. The vessel MV. Capella (African Atlantic) carry 4,500Mts of FROZEN FISH has been at the Port Harcourt Ports for days unable to discharge its content for almost two weeks. The reason for this non-discharge is the inability of workers to come to work! Owners of another vessel M/V FRIO carrying 3,770 MTS of FROZEN FISH in Cartons now contemplating going back to Lagos Ports to offload so they can go back to base!
The implication of this is that the consignee will have to start battling with bringing in his good from Lagos. Aside from the fact that this would be additional cost, there is also the fear that movement may be impossible given the restrictions on inter-state movements. But there is even something that is worse!

The frozen fish, if they do not perish would certainly lose quality and impose a huge loss on the importer who would have paid anything in the face of 7,000-15,000 United States Dollars as demurrage in the period that the vessel remained in Port Harcourt unable to load. I also read about vessels laden with Wheat, Gibson and Muriate Potash used in the production of fertilizer unable to berth at Onne Ports. In addition to the economic loses, this situation is also to affect the food supply chain in the South-South and South-East.

Thinking about all of this, I see a very sad irony that I suggest Your Excellency consider. Until very recently, we complained endlessly about inactivity at the Eastern Ports comprising Rivers, Onne, Calabar, and Warri Ports. Now that vessel traffic to the Eastern ports has started to improve as a result of a myriad of policies that the federal government has put in place, it breaks the heart that the COVID-19 pandemic would be the reason any state government would set us back again by allowing a situation in which vessels would turn back to Lagos to offload.

Moments like this YE, are not moments when politics should dictate state policy or actions. There are trying times when the welfare and wellbeing of citizens and whatever it takes to achieve the same should be paramount in the minds of leaders. Stakeholders in the industry understand the need to take precautionary measures and remain safe while the pandemic lasts and all we need is the support and encouragement of the government. I urge you to reconsider your posture on the operations of ports in Rivers State for the benefit of those of us who play in the industry and all citizens of Rivers State.

Thank you for your time, Your Excellency, as I pray that God gives you the wisdom to handle this situation.