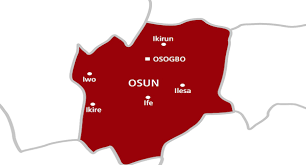 According to reports, on Monday in the Ido area of Osun state, a footballer identified as Damilola slumped while playing for his club, Premier Football Club Ofatedo.

A source said he was rushed to the hospital immediately he slumped during the match.

” But the hospital did not admit him and he was rushed to LAUTECH, where he was confirmed dead. During the second half of the match, when a free kick was about to be played, he just slumped and couldn’t stand again.

” He never showed any signs of illness. He was a regular player for his team.”