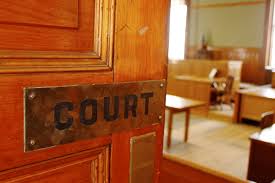 On Wednesday, an Islamic cleric named Sheu Adewoye was prosecuted by the Osun State Magistrates’ Court Osogbo for indulging in a N5m fraud.

It was gathered that the cleric allegedly recieved N5m from one Raheem Ajadi promising to help him get a building contract in Abuja which he knew he couldn’t deliver.

However, the case was adjourned till August 20.

ALSO READ:  EFCC Arraigns A Man Over Conspiracy And Theft