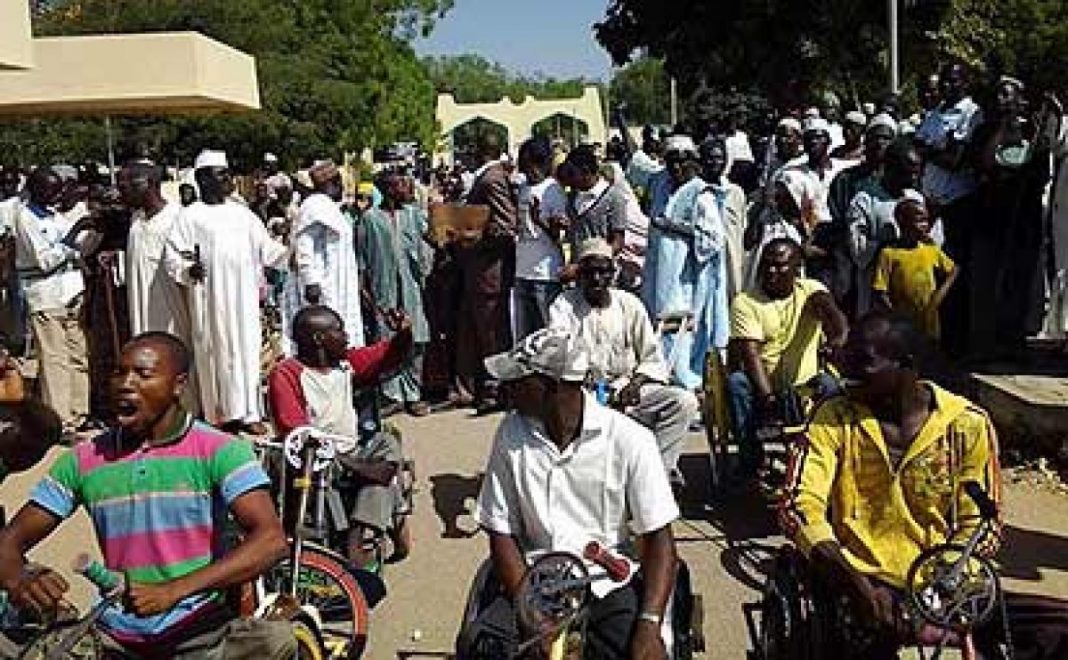 Following the rumours of beggars selling the money they get from people to rich men for rituals, on Thursday, April 1, in Oyo State the beggars gathered to protest over the way the general public has reduced patronizing them.

According to reports, about 250 of them gathered for the protest.

“The reports that some wealthy people are buying money from beggars, including the physically-challenged people, for money rituals is not true.

“As a result of the claim that some ritualists do buy money from these beggars, there has been public resentment against these innocent people.

“What we know is that traders, hawkers and commercial drivers do come to these beggars who are mainly blind and lame people, to change money (get smaller denominations).

“We need to clear our names so that people will not be punishing us for offences we don’t know anything about.”