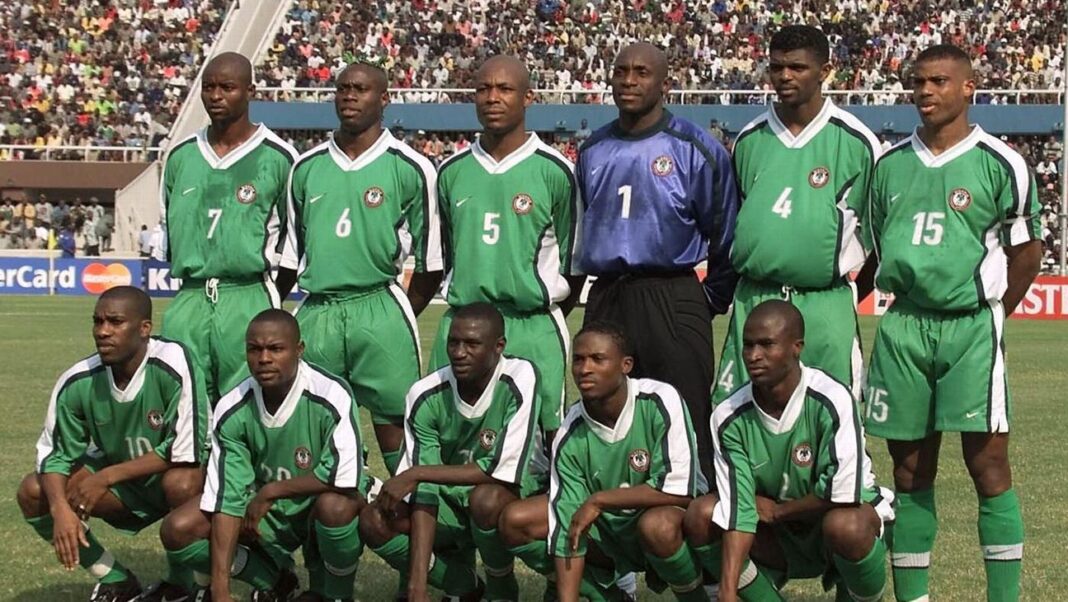 In a statement released on Thursday, President Buhari approved of the allocation of three bedroom houses to 1994 super eagles squad who won the African Cup of Nations in Tunis, Tunisia.

According to Garba Shehu, the Senior Special Assistant to the President on Media and Publicity, who released the statement titled; ‘President Buhari allocates houses to 1994 Super Eagles squad, winners of the African Cup of Nations.’

“President Muhammadu Buhari has approved allocation of three-bedroom houses to the Super Eagles squad that won the African Cup of Nations in Tunis, Tunisia, in 1994, making real a promise by the Federal Government.

“Following a memo by Minister of Works and Housing, Babatunde Fashola, the President approved the allocations in their states of preference, noting that six players and three technical crews received their houses already.

ALSO READ:  Meeting on resolution of strike for the second time between FG and ASUU has been cancel again