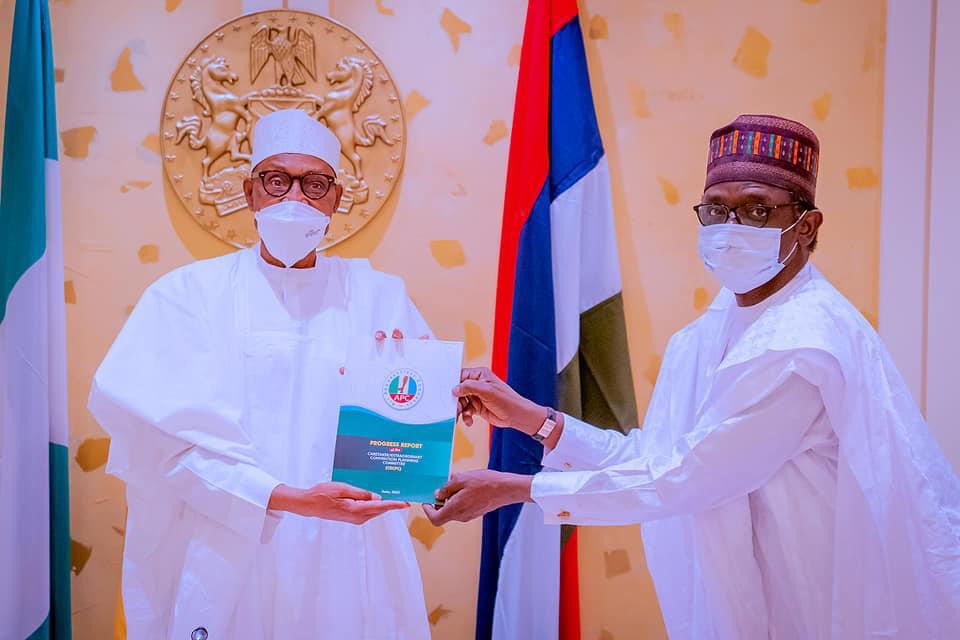 On Friday, President Buhari received a briefing from the All Progressive Congress Leaders at the Presidential Villa, abuja.

Amongst those in attendance, were Vice President Yemi Osinbajo, Deputy Senate President, Senator Omo Agege, governors and members of the caretaker committee.

Meanwhile, Senator Peter Nwaoboshi, who recently decamped from Peoples Democratic Party (PDP) in Delta State to the APC, was presented to the President at the State House.

President Buhari welcomed Nwaoboshi to the APC, saying “you are welcome to the progressives’ family.’’

The Deputy Senate President said Senator Nwaoboshi’s decision to join the APC clearly shows that the effort of the CECPC was yielding fruit.