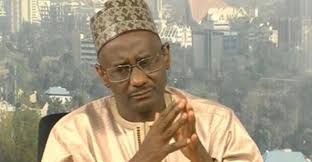 Prof. Usman Yusuf, the immediate-past Executive Secretary of the National Health Insurance Scheme (NHIS) has shown his unhappiness in this administration as a result of the insecurity, particularly the unending killings and kidnapping in the North.

He therefore expressed himself saying that President Buhari has miserably failed to live up to his solemn responsibilities.

In statement titled ”“Insecurity is a Symptom of Corruption and Bad Governance”. he said:

“The primary responsibility of any government is to protect the lives and properties of its citizens; in this regard, the government of President Muhammadu Buhari has miserably failed to live up to its solemn responsibilities.

“Our people are sick and tired of repeated excuses and conspiracy theories as reasons for the failure. It is inexcusable that despite all the bloodshed in the region, the president has not thought it worth his while to address the nation or visit the people of the affected areas.

“But he made time to address the nation twice on COVID-19, flew out to Mali on July 23, 2020 to help them solve their problems, and addressed Nigerians in diaspora via video conference on July 7, 2020. This is why in my previous write-up, I said that the president seems distant, uncaring, and out of touch with the sufferings of his largest support base.”

“insecurity in the region is directly related to corruption and gas governance by the governors who spend people’s money on bogus, wasteful projects instead of investing in the welfare of their people.”

On speaking on the way forward, he advised President Buhari to always speak to Nigerians directly and not through his surrogates who minimise the sufferings of the people when they speak on his behalf.