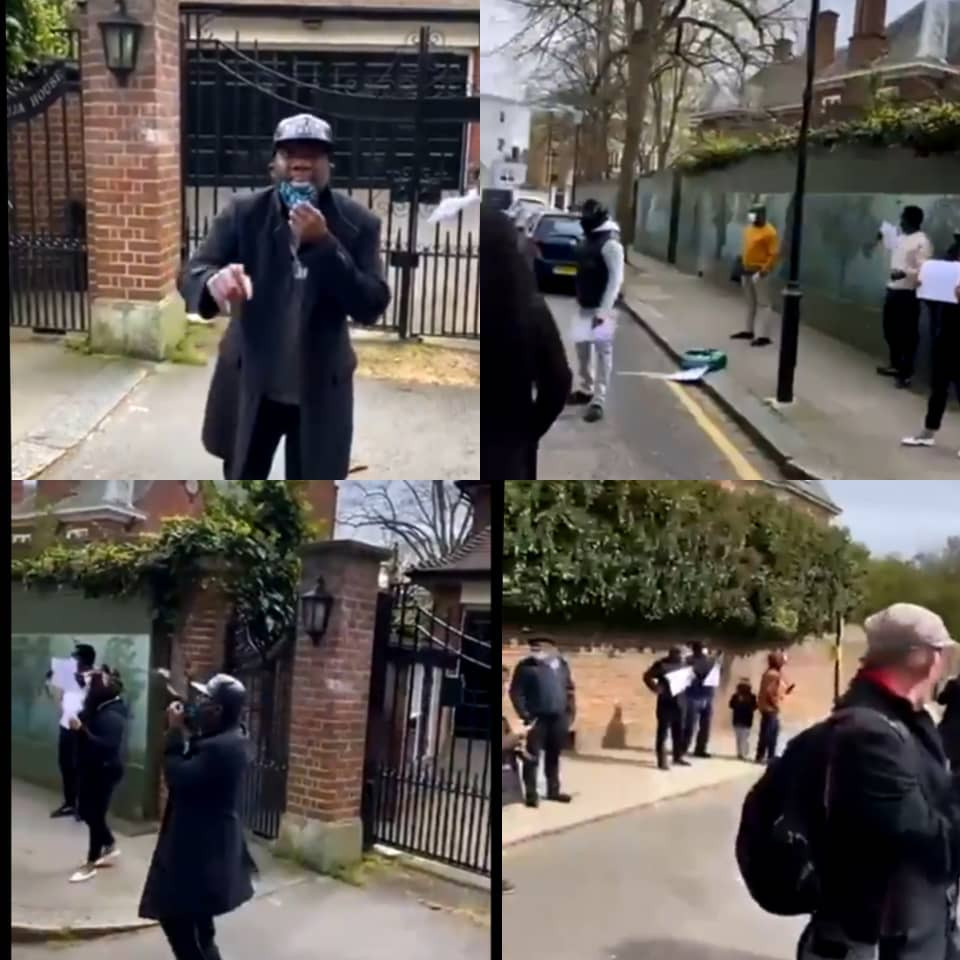 Recall that former Presidential aide to Goodluck Jonathan, Reno Omokri had earlier staged a protest in the United Kingdom #HarassBuhariOutofLondon” on Friday, April 2 because President Buhari is currently in the country for medical checkup.

According to him, Buhari cannot travel to the UK for a routine checkup when he has failed to account for what happened on October 20 at the Lekki tollgate.

‘When General Buhari’s people called the City of London Police on me this afternoon, I calmly asked the officer questioning me this question:

‘’Officer, has Her Majesty, Queen Elizabeth II, ever come to Nigeria to access healthcare? So, why should you be called on me when I am asking my President to return to Nigeria to use our hospitals?

The police officer was touched. He told me I was within my rights and flashed the thumbs up sign, and allowed the #HarassBuhariOutOfLondon to continue. Buhari’s people failed big time!