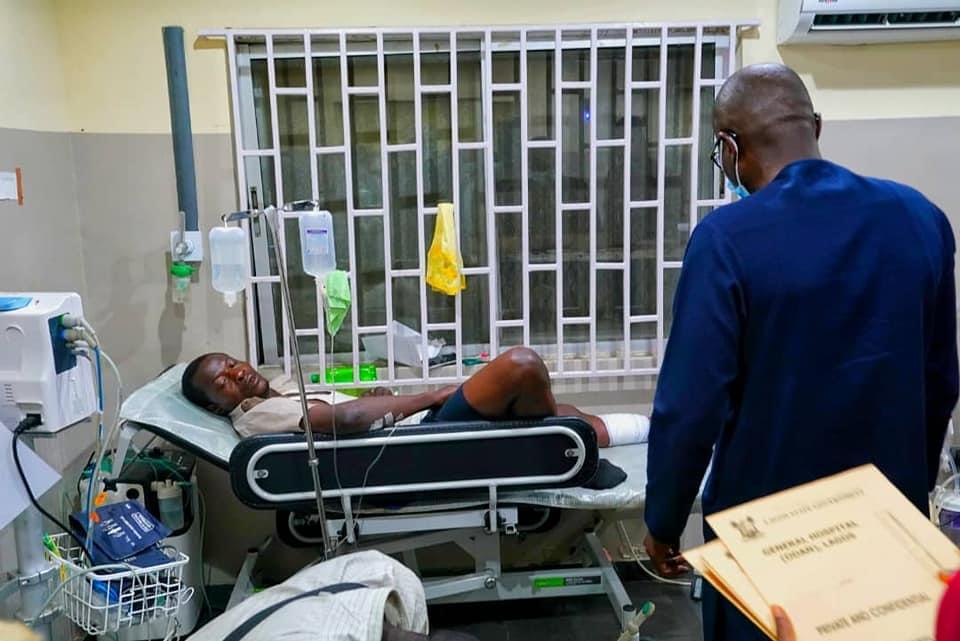 23 victims of the unfortunate incident that occurred yesterday at the lekki toll gate, where peaceful protesters were attack by armed men who shot sporadically have been admitted in the hospital.

However, the Governor of Lagos State visited the victims in the three different hospitals where they have been admitted.

There are 9 of the victims in Reddington, 10 at General Hospital and 4 at Vedic Life Care Hospital.

Two of the victims are receiving intensive medical care, while others sustained mild to minor injuries.