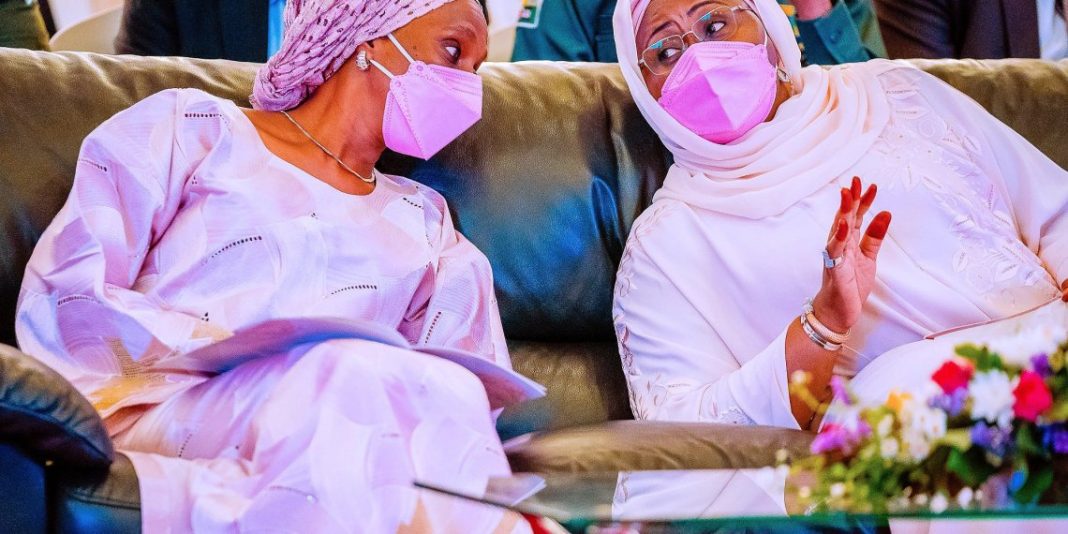 The book launch in honor of the first lady of Nigeria took place at the Villa on Thursday, April 8, 2021 with so many dignitaries in attendance.

The book was written by the Senior Special Assistant to the President on Administration and Women Affairs Dr Hajo Sani.

A list of those present at the book launch includes;

Asiwaju Bola Tinubu, National Leader of the All Progressives Congress (APC), Many Governors were present, Aliko Dangote, Femi Otedola, Abdulsamad Rabiu, Muhammadu Indimi, and Jim Ovia were among those who sent representatives.

Below are a list of those who bought the book and their donations:

According to reports, Kayode Fayemi, NGF Chairman and  Ovie Omo-Agege, Deputy Senate President promised to send amounts of money to support but did not disclose how much. Also following same footsteps were, Daisy Danjuma and some others