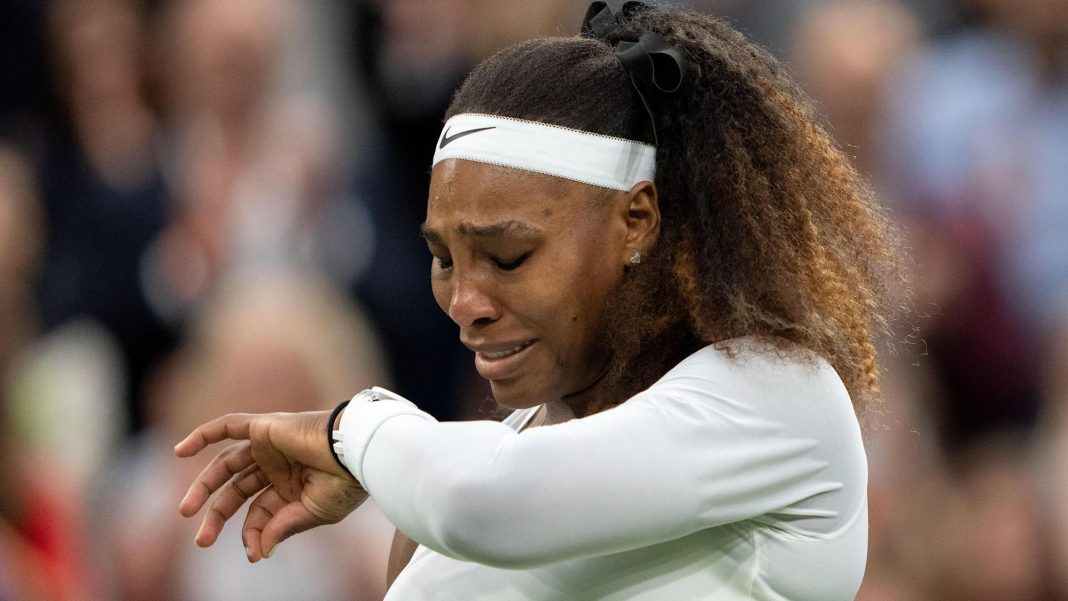 The 23-time Grand Slam winner, Serena Williams broke down in tears as she was forced to retire in the opening set of her first-round clash at Wimbledon.

She started started Tuesday evening’s match against world number 100 Aliaksandra Sasnovich very well although along the line she had to retire from the game due to injury to her right thigh.

Serena broke Sasnovich in the Bulgarian’s second service game but appeared to roll her ankle in the process of returning a shot.

Sasnovich said; ‘I’m so sad for Serena, she’s a great champion,’ ‘I just wish the best for her and the best recovery.’