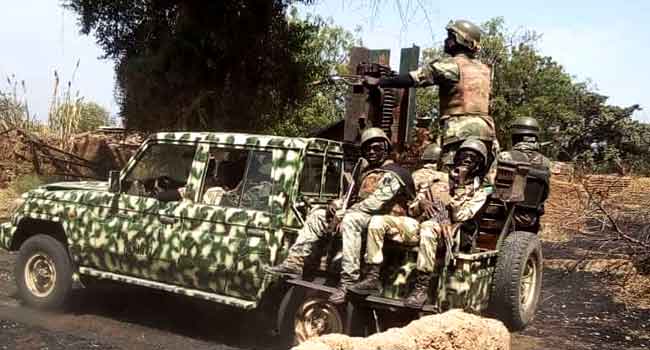 As part of efforts to reduce acts of terrorism and insurgency to the barest minimum in the country, the Military has announced the killing of sixty-four Boko Haram terrorists in Borno and Yobe States.

In a news conference in Abuja on Thursday, the Coordinator, Defence Media Operations, Major General John Enenche said the Military and other security agencies have continued their major operations across the country with renewed vigor.

General Enenche, also, warned against illegal acquisition of fertilizers as he explained that while they are basically for agricultural purposes, the possibility of it being acquired by criminal gangs, terrorists and militants for sinister purposes cannot be disregarded.

This, according to him, is because fertilizer has remained a potential component for the fabrication of explosives owing to its content of ammonium nitrate.

ALSO READ:  A medical doctor, Ifeyinwa Angbo, her called out her husband, Pius Angbo, a staff of Channels TV, over his alleged long history of beating her up in their six years old marriage.