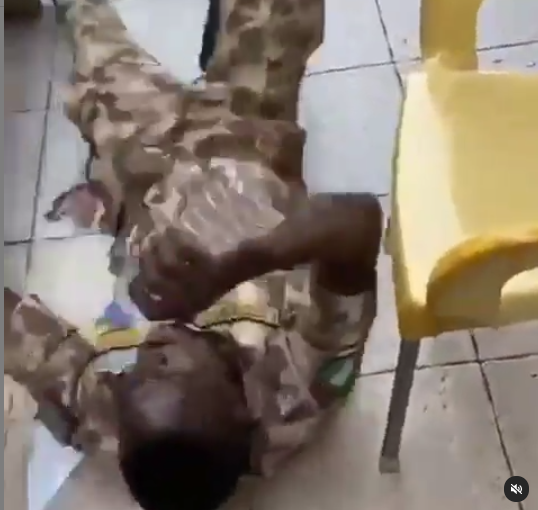 A soldier was filmed in his uniform exhibiting wild behaviour after allegedly taking synthetic weed, a strong street drug popularly known as ‘Colorado’ or ‘Black Mamba’.

In the video, the helpless officer, who appeared to have lost control of his mind and body after allegedly taking the drug is seen acting strangely and making gibberish comments.