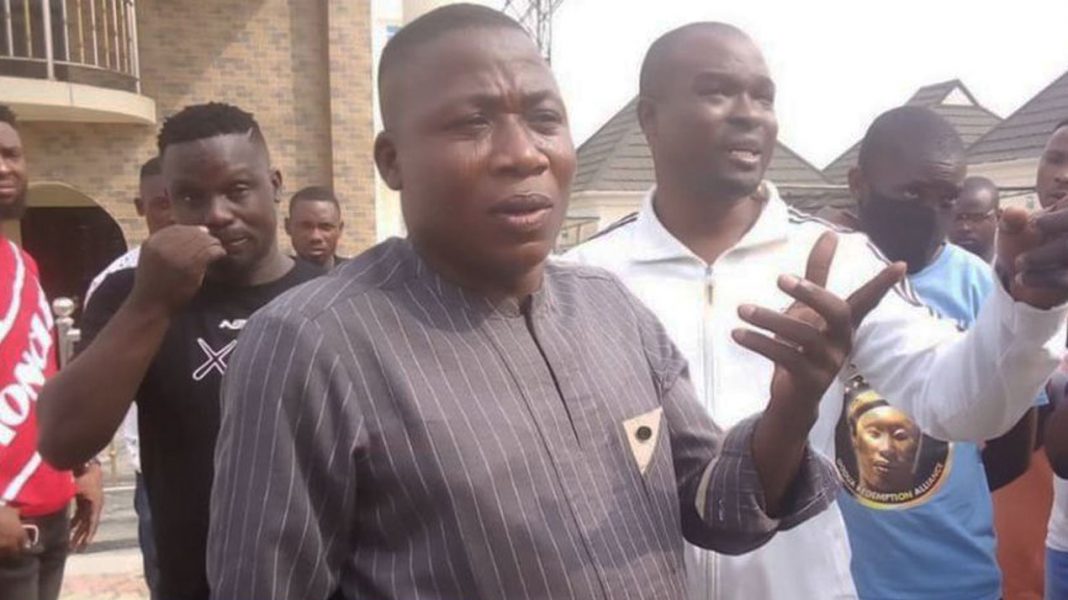 The federal Government claims that Sunday Igboho, Yoruba Nation Agitator Is Trying To Obtain A New Passport To Escape Nigeria.

A person whose name is on the stop-list is deprived of particular rights, privileges, or other services he or she ought to enjoy.

“I am directed to request that you kindly place the above-named person on stop-list,”

“Credible intelligence revealed that Adeyemo is making efforts to obtain a police extract and/or court affidavit to enable him acquire a new Nigerian passport, apparently to facilitate his escape out of the country.

“In addition, he should be arrested wherever and whenever sighted and referred to the Director-General, Department of State Services vide letter no: S.605/A/246 dated 05 July 2021.”

The whereabouts of Igboho has been unknown since he narrowly escaped arrest during the July 1 midnight raid by the secret police, ahead of a major rally in support of the call for Yoruba Nation in Lagos.

ALSO READ:  NAWA O: Video Of An Elderly Man Sexually Harassing a lady In A Moving Bus On Their Way To Akure