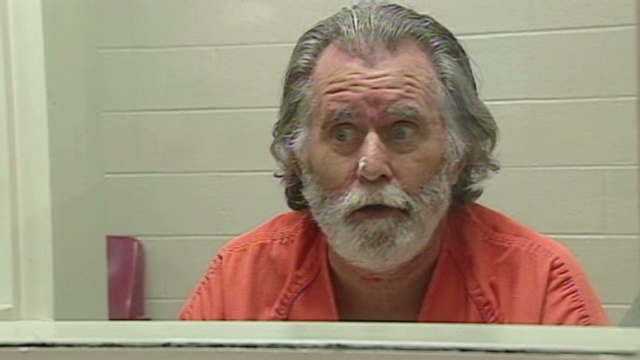 You might have been familiar with this guy because this incident happened way back in 2011.

James Verone left his home in Gastonia, North Carolina, on the 9th of June 2011 and did something that I consider a genius.

He went to a nearby bank and handed the clerk a note that said,

“This is a bank robbery. Please give me one dollar.”

James handed this note and sat by waiting for the police.

Before this, he sent a letter to a local paper, The Gaston Gazette, announcing that he would be attempting a robbery very quickly and that he was a man of sound mind, but not a sound body.

He would then go on to invite The Gaston Gazette to interview him at the Gaston County Jail where he was behind bars for stealing from a person, as $1 was too little for the prosecutors to press a robbery charge.

Turns out, James was a delivery man at Coca-Cola and when he lost the job he had held for around 2 decades, he lost the health insurance that came along with it.

He was suffering from a growth on his chest, arthritic joints and a gammy foot and decided that the only way he was going to make life better was through state healthcare.

Probably not the most intelligent criminal in history, but James Verone is truly a man of sound mind.