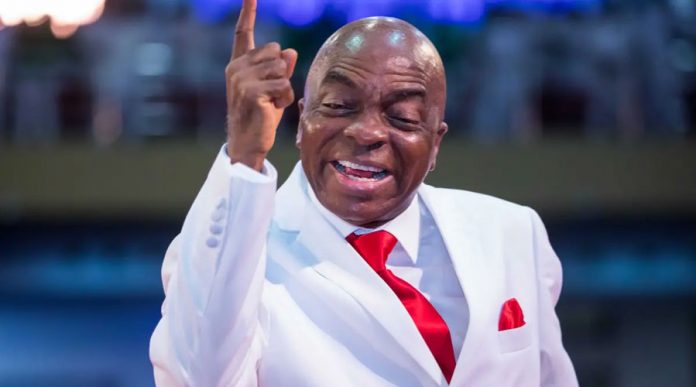 According to him, this generation’s honor has been shattered since young people spend their days chatting instead of thinking and developing themselves.
The pastor, speaking at the 15th Convocation Ceremony and Conferment of Honorary Doctorate Degrees and Prize Presentation in Ota, Ogun today, May 21, noted that the harmful influence of social media on youngsters cannot be overstated, as it has caused them to lose focus and robbed them of their futures.

“The social media tale has corroded the substance of destiny by robbing adolescents of their future and time unwittingly.

This generation’s honor has been shattered, with people chatting all day and no time to think, plan, or engage meaningfully in the pursuit of any activity.

Social media addiction has been lumped in with drug, alcohol, and sex addiction by some experts.

“What was supposed to be a plus for the youth has suddenly turned into a loss, because everything of worth is supplied via the commitment of time,” he explained.
Young people, according to Oyedepo, should be focused on their lives and devote their time to their goals.
“No one ever arrives in the future that he cannot see,” says the narrator.

The Older Sister Of The Late Iniubong Umoren Has Been Provided Instant Employment.