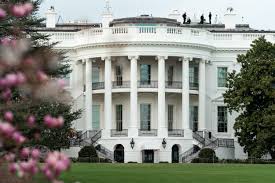 Three Journalist in the United states White House has been reported tested  positive to covid 19. The result is due to the medical team of the white house conducting tracing test for them.

Several other reporters are quarantining with caution and they await their test result. The  identity of the three Journalist involved were not revealed as contained in the report by the White House Correspondents Association.   In his words, the White House Correspondents Association President  zeke Miller in his letter to the house Journalists said “Due to cases linked to the pools last weekend and a large number of press credentialed for the 9/26 Rose Garden event, we ask that if you were on the White House grounds or in the pools those days, that you pay extra attention to any changes in your health,” Miller said.

The White House has decided  to test all reporters who travelled on Air Force One over the last week, WHCA President revealed, advising other potentially exposed journalists to get tested.

ALSO READ:  Soldiers deployed in Benue have killed a suspected notorious criminal, Terugwa Igbagwa, during a raid operation in the state-Military