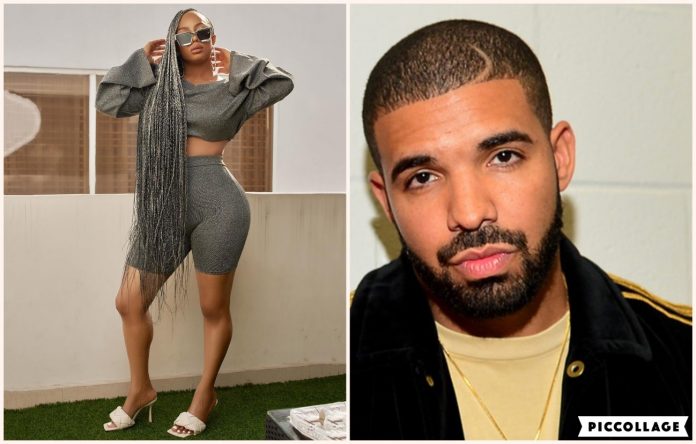 Toke Makinwa, a media personality, has given a harsh warning to American rapper and artist Drake, whom she has openly professed her love for.

Toke Makinwa has been vocal about her love for Drake, but the recent flirtation between rapper ASAP Rocky and singer Rihanna has her concerned.

In a tweet, the stunning screen diva pleaded with Drake not to dump her for anybody else. She stated that she has been trustworthy.

“Drake better not start dating nobody on my ass, I’ve been faithful honey. You better not ASAP Rocky me or else”.

Drake better not start dating nobody on my ass, I’ve been faithful honey. You better not ASAP Rocky me or else .

Toke Makinwa was pouring out her mind after Don Jazzy, who was consistent in crushing on Rihanna, was heartbroken after her relationship with ASAP Rocky went viral.

Also Read 👇👇👇👇👇
The Older Sister Of The Late Iniubong Umoren Has Been Provided Instant Employment.