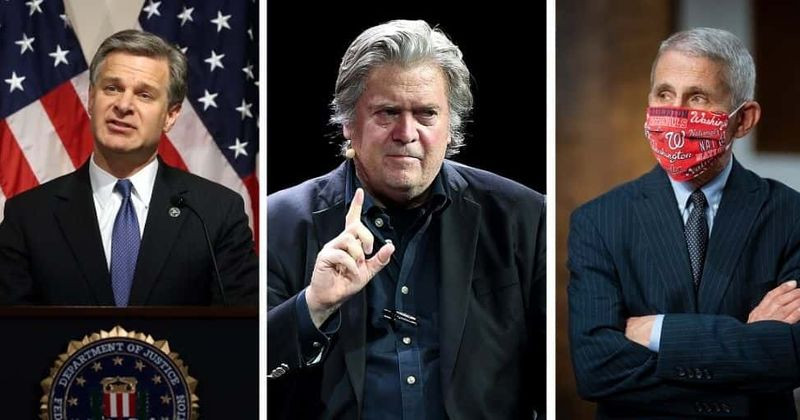 Donald Trump’s former chief strategist, Steve Bannon has been banned from Twitter after he called for the beheading of America’s top infectious-disease expert, Dr. Anthony Fauci, and the FBI director, Christopher Wray for failing to back the president.

The @WarRoomPandemic account was “permanently suspended for violating the Twitter Rules, specifically our policy on the glorification of violence,” a statement from the social media platform said.

Mr. Bannon, who is currently on bail after pleading not guilty to charges of fraud and money laundering, made the comments during an online show in which he criticised the two for not supporting President Trump enough.

“Now I actually want to go a step farther but I realize a president is a kind-hearted man and a good man. I’d actually like to go back to the old times of Tudor England. I’d put the heads on pikes. Right. I’d put them at the two corners of the White House as a warning to federal bureaucrats. You either get with the program or you are gone,” Bannon said during a Livestream of his online podcast show “War Room: Pandemic.”

Steve Bannon was appointed chief executive of Trump’s successful presidential campaign in 2016. After Trump’s inauguration, he became his chief strategist but clashed with others in the White House and was dismissed in August 2017.