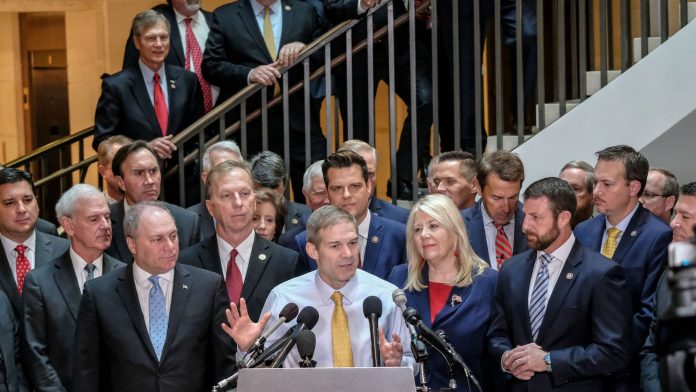 WHILE THE DEADLY JAN. 6 CAPITOL ATTACK “WILL LIVE IN MY MEMORY AS THE DARKEST DAY DURING MY TIME OF SERVICE AS A MEMBER OF THIS HOUSE,” COLE SAID HE “CAN THINK OF NO ACTION THAT IS LIKELY TO FURTHER DIVIDE THE AMERICAN PEOPLE THAN THE ACTION WE’RE CONTEMPLATING TODAY.”

“Our meeting today does not arise in a vacuum and comes in what I hope and pray is the end of a tumultuous period for our country,” Cole said.

“Instead of moving forward as a unifying force, [the] majority in the House is choosing to divide us further,” he added.

The House is currently holding a debate on the rules governing the impeachment article.