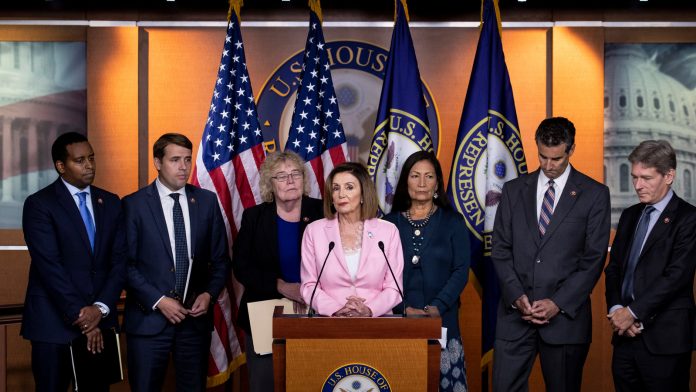 Democratic Rep. Jim McGovern, Chairman of the House Rules Committee, opened the House session this morning with some remarks about what happened on Jan. 6 and President Trump and his allies’ roles in inciting a mob to storm the Capitol.

The House is currently holding a debate on the rules governing the impeachment article.

“ON WEDNESDAY, JANUARY 6TH, CONGRESS GATHERED HERE TO FULFILL OUR CONSTITUTIONAL DUTY, TALLYING THE ELECTORAL COLLEGE VICTORY OF PRESIDENT-ELECT BIDEN AND VICE PRESIDENT-ELECT HARRIS AFTER A FREE AND FAIR ELECTION. THIS IS LARGELY A CEREMONIAL ROLE FOR THE CONGRESS. ONE THAT SENDS THE MESSAGE TO THE WORLD THAT DEMOCRACY IN THE UNITED STATES PERSISTS,” MCGOVERN SAID.

McGovern continued: “But at a rally, just a mile and a half down Pennsylvania avenue, Donald Trump and his allies were stoking the anger of a violent mob. A member of this very body proclaimed on that stage, today is the day American patriots start taking down names and kicking ass. Trump’s personal attorney Rudy Giuliani called for trial by combat. Then Donald Trump told the crowd, we’re going to have to fight much harder. You’ll never take back our country with weakness.”