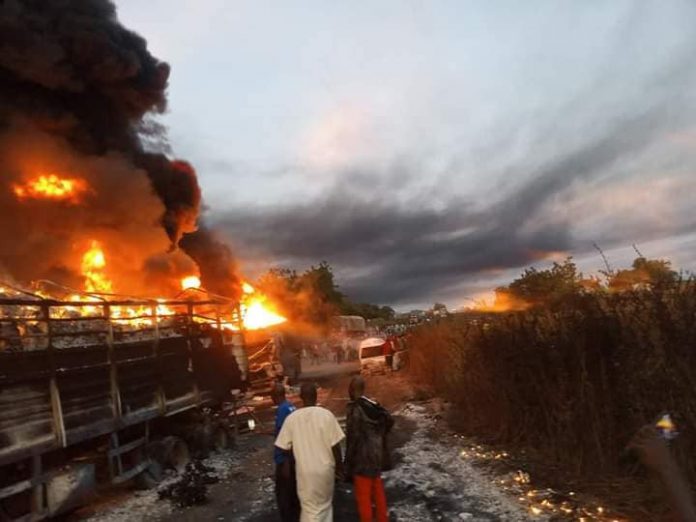 At about 3am on the 20th of October, 2020,  in Lapai Local Government Area of Niger State, two fuel tankers caught fire and exploded killing no fewer than six people.

According to reports, the tankers loaded with premium motor spirit brushed each other before they burst into flames killing about 6 people.

Niger State Fire Service, Federal Road Safety Corps and community members responded quickly to the scene in a bid to quench the fire.