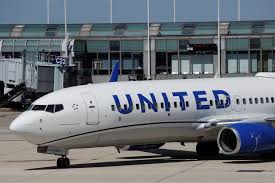 On Friday, the United Airlines announced a set time to resume operations for the Boeing 737 MAX.

The Airline has been out of service for 20 months following two fatal crashes, but it has been scheduled to resume on a set time of February 11 with service from Denver and Houston.

United said there was still additional work to do on its jets before they can return to service with the carrier. The two 737 MAX crashes, in Ethiopia and Indonesia, claimed 346 lives and led to its worldwide grounding.

According to a United spokesman;

“Nothing is more important to United than the safety of our customers and employees,”

“United’s MAX fleet won’t return to service until we have completed more than 1,000 hours of work on every aircraft, including FAA-mandated changes to the flight software, additional pilot training, multiple test flights and meticulous technical analysis to ensure the planes are ready to fly.”

In the United States, American Airlines is scheduled to resume flights on the MAX later this month.