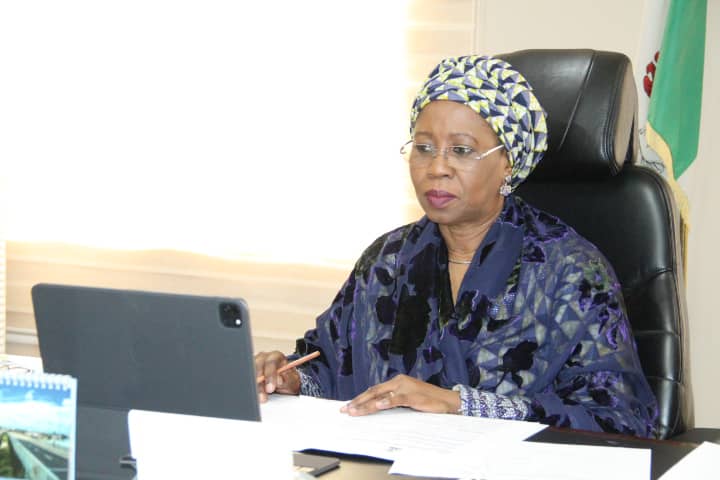 Maryam Katagum, The Minister of State for Industry, Trade and Investment, who slumped at an official event on Monday, July 5 in Bauchi has been discharged from the hospital.

Recall ADBlog reported on how she slumped while she was delivering her speech at the inauguration programme in Bauchi State. Read Here

She was rushed to the trauma centre of the Abubakar Tafawa Balewa University Teaching Hospital.

She was later moved from the trauma center to the amenity ward of the hospital where she spent the night.