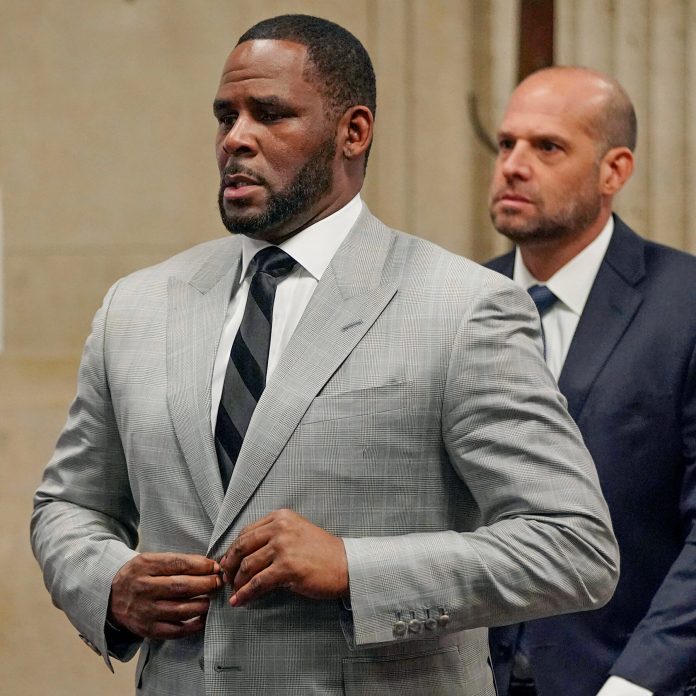 R.Kelly’s two lead Attorneys, identified as  Steven Greenberg and Michael Leonard have filed to be withdrawn from from the case ahead of the embattled singer’s upcoming federal sex trafficking case in Brooklyn.

“Our reasons for withdrawal are significant and it is impossible, in our belief, for us to be able to continue to properly represent Mr. Kelly under the current circumstances,” Greenberg wrote to U.S. District Judge Ann Donnelly. The two Chicago-based attorneys also said that they “are willing to (serve) as effective stand-by counsel” if it’s deemed necessary by the court.

The plea for withdrawal comes amid reports Greenberg and Leonard are having disagreements with the other attorneys that are on the team that’s defending Kelly.

Kelly who is facing charges of racketeering, sexual exploitation of a child, forced labor, kidnapping, enticement, and bribery has his New York Trial slated  to start on August 9.

Pastor Odumeje make fun of pastors who preach like homosexuals

I regret drinking alcohol during in the BBNaija house — Erica Nlewedim

See Full List Of Winners At The BAFTA TV Awards 2021

Nigerian actress, Jemima Osunde shares the message from an electrician who after a job called her “baby.”

“Lyta Rejected His Own Son So That He Might Sleep With Another Woman.” — Lyta’s Mother Goes On A Rage

Ada Jesus, a late comedienne, was laid to rest amidst tears (Photos)

“People Who Are Truly Satisfied In Their Marriages And Relationships Do Not Use Social Media.” – Blessing Okoro