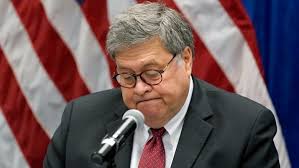 In a letter of resignation signed by him, Barr said he was leaving after four years, thanking Trump for allowing him to serve the country in the capacity.

Trump tweeted in his Twitter handle: “Just had a very nice meeting with Attorney General Bill Barr at the White House. Our relationship has been a very good one, he has done an outstanding job!