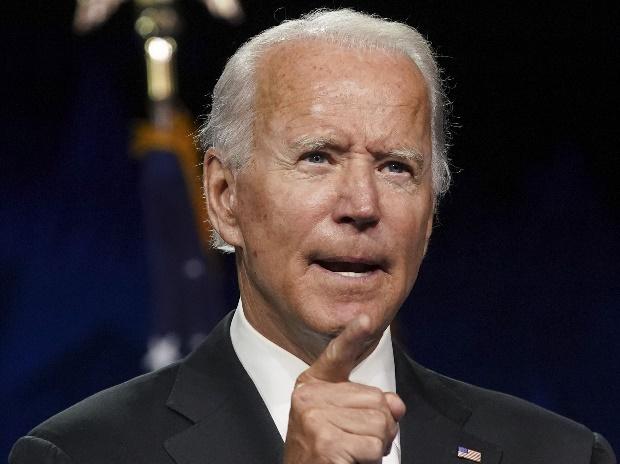 The President of the United States of America, Joe Biden has issued a stern warning to Vladimir Putin, the President of Russia ahead of a planned US-Russian summit.

Speaking on Wednesday, June 9, in the UK, Biden stated that  he was in Europe to defend the very concept of democracy,while also indicating that his first presidential trip abroad will be a feisty one when he meets Putin.

“I’m headed to the G7, then to the NATO ministerial and then to meet with Mr. Putin to let him know what I want him to know,” Biden said at RAF Mildenhall in Suffolk, England — home to an American refueling wing.

Biden said he will work at restoring American alliances in Europe, describing them as a cornerstone of global security, stating he wouldn’t hold back in his meeting with Putin.

“We’re not seeking conflict with Russia. We want a stable predictable relationship,” he said. “I’ve been clear: the United States will respond in a robust and meaningful way if the Russian government engages in harmful activities.”

“We’ve already demonstrated that. I’m going to communicate that there are consequences for violating the sovereignty of democracies in the United States and Europe and elsewhere.”

“Our unrivaled network of alliances and partnerships that are the key to American advantage in the world and have been,” Biden said.

“They’ve made the world safer for all of us and they are how we are going to meet the challenges of today, which are changing rapidly. We’re going to meet it though from a position of strength.”

ALSO READ:  First Picture Of Joe Biden For The First Time In Office Following His Inauguration On Wednesday

“I believe we’re in at an inflection point in world history, the moment where it falls to us to prove that democracies will not just endure, but they will excel as we rise to seize the enormous opportunities of the new age,” Biden said.

“We have to discredit those who believe that the age of democracy is over, as some of our fellow nations believe.”

The President also became emotional as he recalled his late son Beau Biden who was a major in the Delaware National Guard.

“I only wish my major was here to thank you as well,” he said.