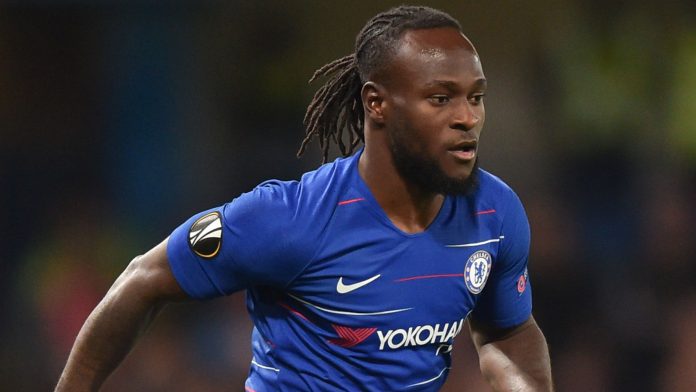 Victor Moses, 30 the Russia 2018 World Cup player with Super Eagles of Nigeria, who has also had a nine year relationship with Chelsea FC, has finally left Chelsea and signed a permanent deal with Spartak Moscow.

According to reports, he signed a permanent deal with Spartak following the team’s improved performance which resulted in top three finish in the Russian Premier Liga.

PR Director, Anton Fetisov (via RIA Novosti) said; “His contract says it would be automatically redeemed if the team finished in the top three, and we finished second,”

Although there has been no official confirmation of the fee, but according to Goal’s Nizaar Kinsella, Chelsea are set to net around £4m in the deal.

He has been deployed by Spartak in the right wing-back role in which he excelled under Antonio Conte at Chelsea.

During his nine years on the books at Chelsea, Moses racked up 128 appearances, scoring 18 goals and creating another 13.