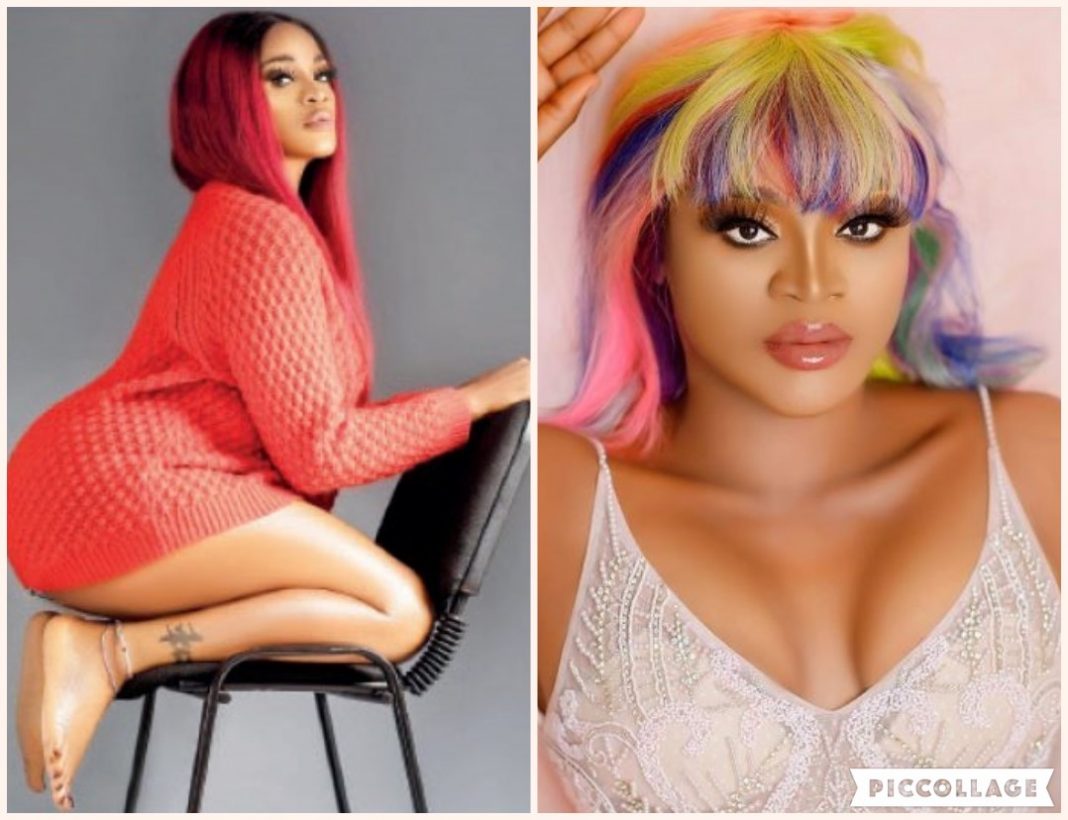 Uche Ogbodo took to Instagram to talk about expecting her second child as a single mother.

In a lengthy video posted to her IG, the actress spoke about her first pregnancy at 27 and her current one now that she’s 34.

She said she doesn’t regret having her first child, who is now 6, or this one she’s pregnant with.

She explained that despite all she went through at the hands of her ex when she was pregnant with her daughter at 27, she kept the child because she doesn’t support abortion.

She added that abortion is against her beliefs as a Catholic, then said it is silly for a woman above 30 to have an abortion because she’s waiting for marriage.

She advised women to have their kids, rather than wait till they are no longer fertile because they want to get married first.

She went on to reveal that marriage doesn’t favor everyone and gave an example with an old acquaintance who no longer looks beautiful since she got married.

“So who marriage help? If with marriage and the almighty man that you’re marrying, you’re looking terrible, without marriage, who knows how you go look?

“Please, stop killing your children, especially when you’re of age. Have your kids. If marriage comes, marry oh, if marriage no come, raise your children now.”

She also said in the lengthy video: “I’m 34. I already have a kid. This is going to be my second child. I have a boyfriend who loves me, I’m happy and I’m having my baby. “

ALSO READ:  "Serving His Nation Was All He Needed To Do Since He Was 9" - Sister of Missing NAF Alpha-Jet's Pilot, Flight Lieutenant Chapele Ebiakpo Says

She said she didn’t “plan for this but it happened” and “I’m not a candidate for abortion.”

Watch a short clip from the video below.