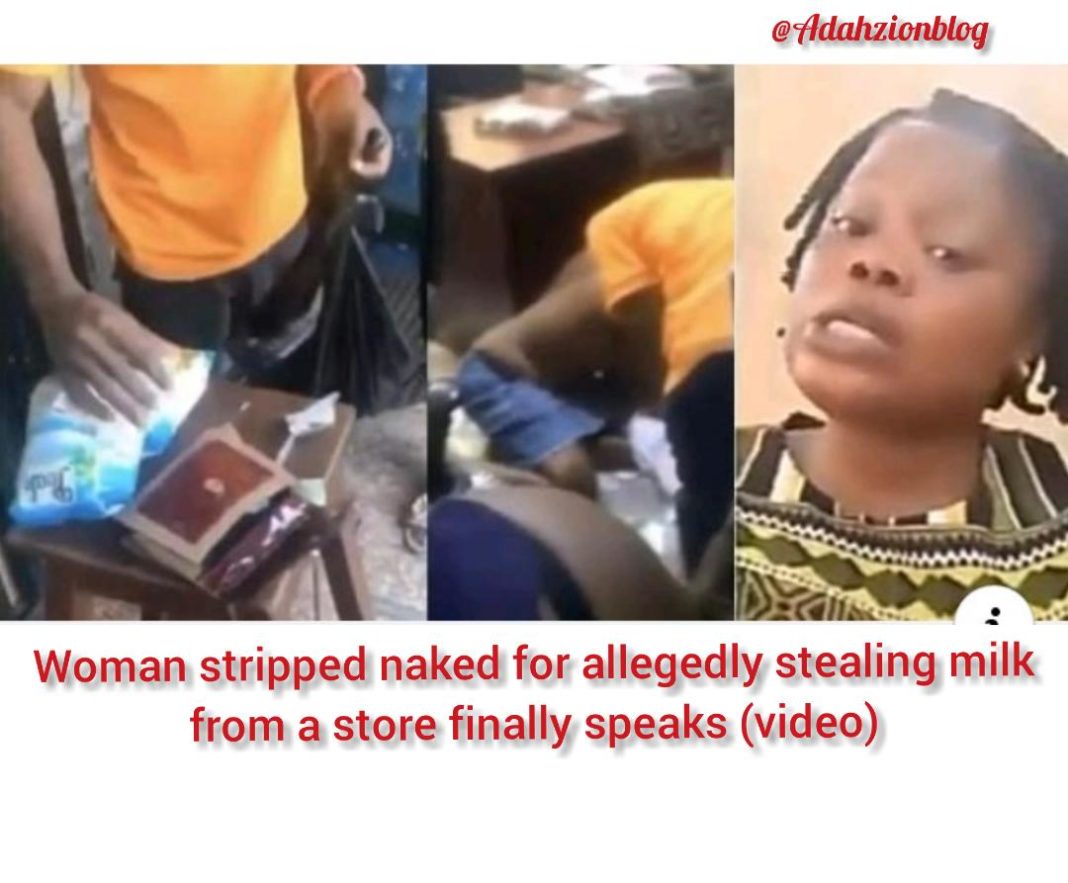 The lady who was stripped naked for allegedly stealing milk and other beverages from a shop in Delta State has come out to speak on the issue after the video went viral.

The woman reassured those concerned about her that she’s fine.

She debunked claims that her hair was chopped off by the owner of Wilmak pharmacy and store.

The woman who gave her name as peculiar, said she has made peace with God, with herself, and with her abusers. She added that she doesn’t want to “make case” with the staff of Wilmak who beat her up.

She appreciate the lawyers, human rights activists, and the DPO of her area who all came to her rescue. She also thanked those who have contributed money for her.

See video of her response below

ALSO READ:  Did You Know This About The Kambari People

Who Do You Blame When A Child Fails In School?

Five Things Women Want But They Will Never Tell You