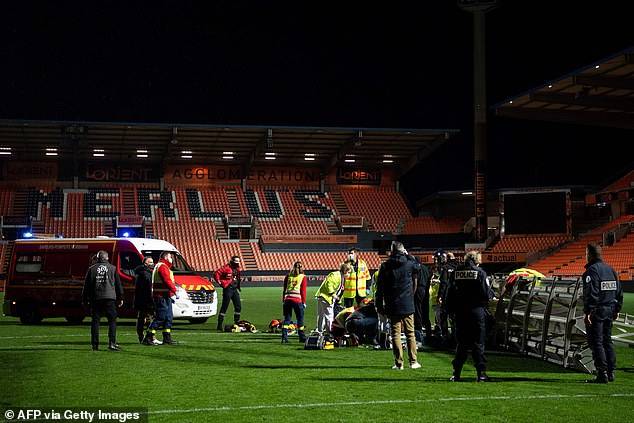 According to Canal Plus France, the Lorient employee, 38, needed automated external defibrillator treatment to save his life but despite the best efforts of the medical assistance, the groundsman was rushed to intensive care at Scorff hospital and was on a life support system.

News later broke last night that the club member of staff had passed away.

Two other groundsworkers were also taken to hospital but did not suffer any physical injuries.

The groundsman, who was working for the French club as a volunteer, was a father of three according to local news sources.

The Mayor of Lorient, Fabrice Loher, was at the stadium at the time of the accident and said: ‘It’s a terrible accident. The police from the Lorient police station have marked up the scene and an investigation is underway to understand the circumstances of the accident.’

ALSO READ:  French professional footballer, Christopher Maboulou has died of a heart attack at the age of 30.