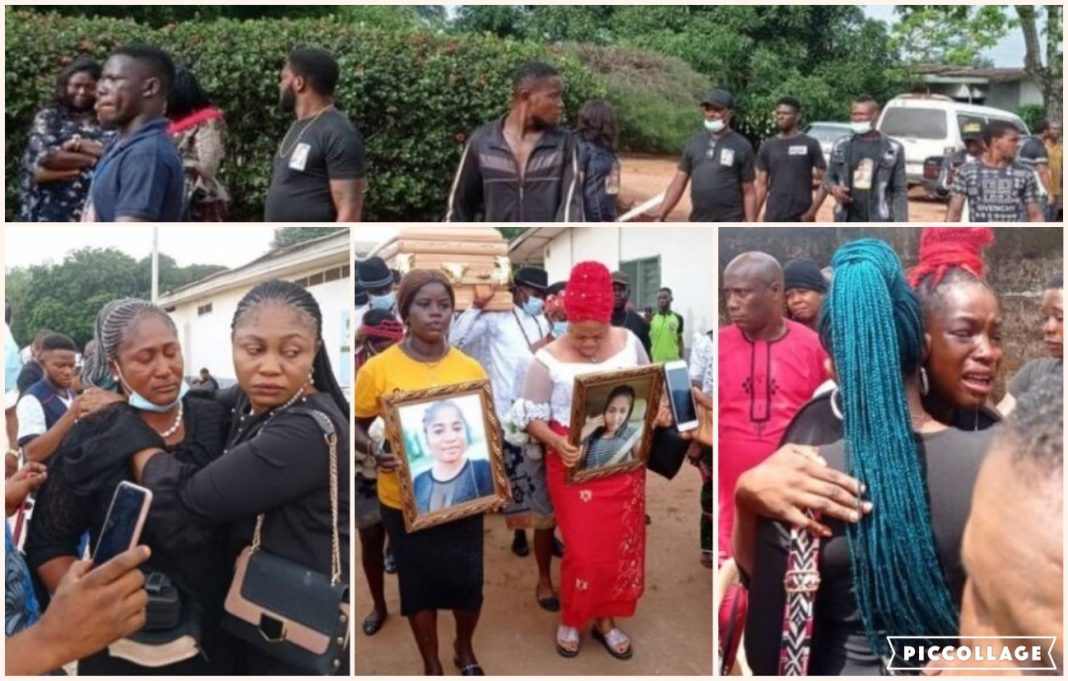 Mmesoma Mercy Obi, commonly known as Ada Jesus, has been laid to rest after succumbing to severe kidney disease.
It should be noted that the actress struggled for her life after apologizing and requesting forgiveness from everyone she had upset with her comic content before passing away in April 2021, a few days after her birthday celebration, from a sickbed.

Tears poured as relatives, fans, and friends paid their final respects to Ada Jesus before leaving to live with her memories for the rest of their life.

More images are available underneath…

Pankeeroy, A Comedian, Has Been Released From EFCC Custody After Five Weeks In Detention, According To A Press Release.

ALSO READ:  That is My Brother, US Singer Anisa Quickly Boxes Davido in Family Zone as Fan Claims That They May Date