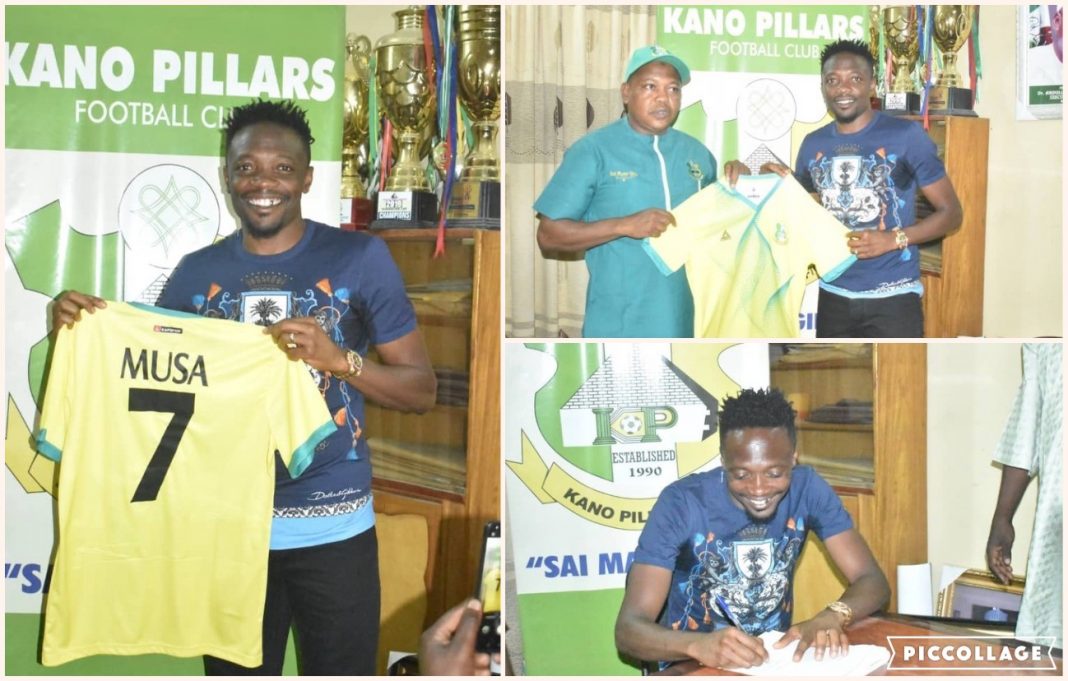 The former Leicester City and CSKA Moscow winger, 28, finished the paperwork for the four-time Nigerian heroes on Thursday, April 15, under the Elite Players Program of the League Management Company (LMC), which urges top Nigerian internationals to play for nearby clubs.

Clarifying the conditions of the arrangement, Shehu Dikko, Chairman of the LMC, revealed to ESPN that the program works too. A club can distinguish and sign such players, or the LMC itself can sign the player and appoint them to a club of their decision.

As per Shehu, the LMC enacted the subsequent choice for Musa.

“We spoke to him about coming back home to play, and as someone always ready to give back, he did not hesitate,” Dikko said.

“Once the agreement was signed, the choice of which club to play for was up to him. Several clubs wanted him. We put everything in front of him and he decided to go to Kano Pillars.”

The LMC Chairman also disclosed that Musa dismissed any talk of remuneration and decided to play for free.