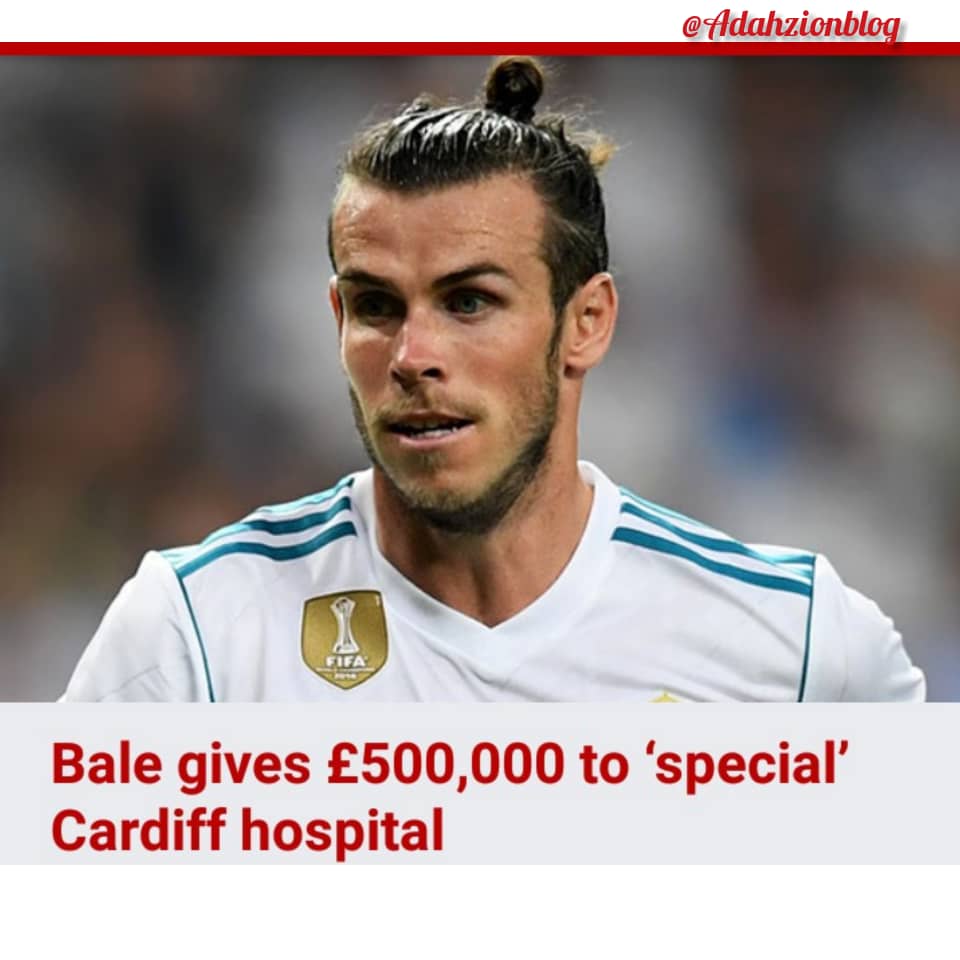 Gareth Wale and his wife Emma have donated €500,000 to the charitable arm of cardiff and Vale university hospital board

Wales attacker Gareth Bale said on Wednesday that he had donated £500,000 ($615,000) to the hospital where he was born to help in the fight against the coronavirus pandemic.

Real Madrid’s Bale, 30, who has won four Champions League titles since joining the Spanish giants in 2013, made the announcement in a Twitter post by the Cardiff and Vale Health Board.

“I just wanted to make this video to thank everybody in the NHS for their hard work and sacrifice during this COVID-19 crisis,” he said

“The University Hospital of Wales holds a special place in my heart, it’s where I was born and it’s provided great support to my friends, my family and the wider community.

“Me and my family we’d like to show our support. Keep up the good work, you’re doing an amazing job and thank you very much,” he added.

As of Wednesday 624 people had died from the illness in Wales with more than 8,000 cases recorded.

Spain’s La Liga has been suspended since March 12 due to the outbreak but football authorities in the country have agreed on a return to protocol for professional players.

ALSO READ:  EKSU Student Got With obsession Things In The Wake Of Attempting To Use His Friend For Money Ritual (Video)