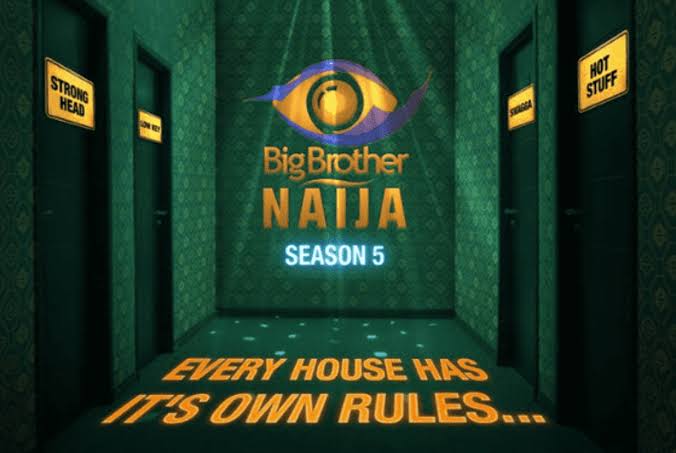 BBNaija Season 5 premiered on Sunday July 19,2020 with 20 housemates and Ebuka  Obi-Uchendu returning as the Host for the fourth time.

However, this is a recap from the first week.

Apart from Ebuka Obi Uchendu who is returning for the fourth time, some contestants left the viewers glued to their televisions.

The beauty queen, NENGI stressed during her chat with Ebuka that many people will mistake her beauty for being dumb and she wants to correct the notion.

The second housemate is  Laycon. He is a rapper and singer and got into the house with so much gleam that viewers kept wondering if he was planning to light up the house.

The third housemate is Dorathy she entered the house revealing her full cleavage with little or nothing to imagine and she kept trending even after six days in the house.

Neo and Ka3na bust out their dance moves in front of the mirror, while others sat watching and thinking of what next to do.

Praise took over the group session, tutoring the ladies, and giving intelligent advice.

Meanwhile, Dorathy got BBNaija fans wagging their tongues for her workout while Erica and Neo got to know each other a little better as they engaged in light banter.

22 year old hoyusemate named Nengi who was an ex contestant of the Most beautiful Girl in Nigeria emerged as the first head of house of the BBNaija Lockdown.

ALSO READ:  Kogi Elections: PDP Has Given Criteria To Participate In Polls

Although at box 18, there was a tie between Neo and Nengi who became the two major contenders for the HoH title

The game was a game of dice rolling and boxes with instructions to determine the first head of the house in the game.

Nengi and Neo rolled the dice again and again with Nengi eventually winning the HoH and with Biggie’s instruction, Nengi chose Wathoni as her deputy.

It is no doubt that Big brother Naija is synonymous with relationships, however int he first week Neo and Eric started displaying strong feelings towards lilo and vee barely 96hours into the house.

Eric and Lilo, Neo and Vee

Neo and Vee have been seen enjoying each others company in the house. There is no difference with Eric and lilo although from day one Lilo made it clear that she had a relationship outside the house which made Eric feel uncomfortable afterwards knowing that she had someone waiting for her outside of the house.

Eric then confided in Lekan and he got some advice.

UPDATE: R.Kelly’s Lead Attorneys Have Requested To Withdraw From The Case

See Full List Of Winners At The BAFTA TV Awards 2021

Nigerian actress, Jemima Osunde shares the message from an electrician who after a job called her “baby.”

“Lyta Rejected His Own Son So That He Might Sleep With Another Woman.” — Lyta’s Mother Goes On A Rage

Ada Jesus, a late comedienne, was laid to rest amidst tears (Photos)

“People Who Are Truly Satisfied In Their Marriages And Relationships Do Not Use Social Media.” – Blessing Okoro