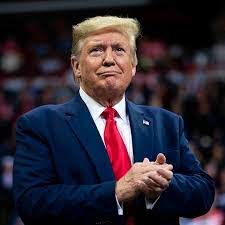 According to Donald Trump on Wednesday, he has already won the elections despite the final results not yet being given, and he would go to the Supreme Court to dispute the counting of votes.

“We did win this election,” Trump said in a speech from the ceremonial East Room of the White House.

“For the good of this nation, this is a very big moment. This is a major fraud on our nation. We want the law to be used in a proper manner. So, we will be going to the US Supreme Court”

However, according to Biden, it is not in his place or Trump’s place to declare the winner of Tuesday election.

“It’s not my place or Donald Trump’s place to declare the winner of this election. That’s the decision of the American people. But I am optimistic about this outcome,”

Already, polls are gradually closing across the United States and a long night of waiting for results lies ahead.

ALSO READ:  Davido Reacts To His Photo Used As a Funny Meme - “I Don Suffer”