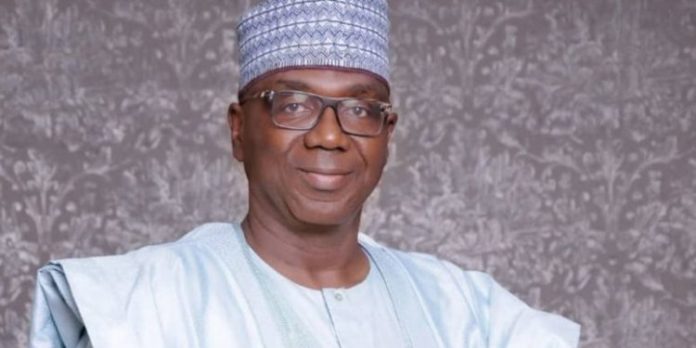 People of Igbede, Oke-Ero local government area of Kwara state have hailed the state Governor AbdulRahman AbdulRazaq for donating his ten months salaries as palliative to cushion the effect of lockdown occasioned by COVID-19 disease in the council.

The people described the governor’s action as phenomenal and unprecedented, praying that his administration would take the place to the promised land.

The distribution of the palliative was initially marred by rancor between the traditional rulers in Odo-Owa ward 1, but for the timely intervention of the state government.

Speaking on behalf of his subjects, Onigbede of Igbede, Oke-Ero local government area of Kwara state, Oba Johnson Aina, said that no fewer than 165 people benefitted from the relief material mainly cash donation.

Oba Aina told THE NATION that “I specifically wish to express a deep sense of appreciation to the state Governor AbdulRahman AbdulRazaq for donating his 10 months salaries to cushion the effect of COVID-19 pandemic and the subsequent lockdown by the state government.

I find the donation of the government and philanthropy as highly phenomenal and commendable. His action of donating 10 months salaries has been unprecedented in the history of Kwara state.

On behalf of Igbede clan in Oke-Ero local government, we appreciate the government, praying that his administration will attain the lofty idea they set as an agenda to make the state a better place to live.
“A total number of 165 people comprising of the aged, widows and widowers, artisans and others benefitted from the palliative. The palliative was a relieve and very significant assistance for the people.

ALSO READ:  Nigerian singer, Omah Lay has confirmed being arrested by the Ugandan Police after a performance

“I wish to also appreciate the Technical Committee headed by the Deputy Governor Kayode Alabi. The Commissioner for Local Government and Chieftaincy Affairs has also done very well in resolving the logjam that during the distribution of the palliatives in the local government. I want to express my positive surprise in the diligence and shrewdness of the commissioner who despite, who the tenderness of her age was able to resolve the thorny issue of disagreement occasioned by the conflict amongst the Obas of Odo-Owa ward 1.

“I want to appreciate also the efforts of the Etsu of Shonga, Edu local government area of the state, who personally intervened in the crisis arising from the sharing of the money amongst the communities of Odo-Owa ward 1. These interventions eventually culminated into sharing according to the communities making up Odo-Owa ward 1.”