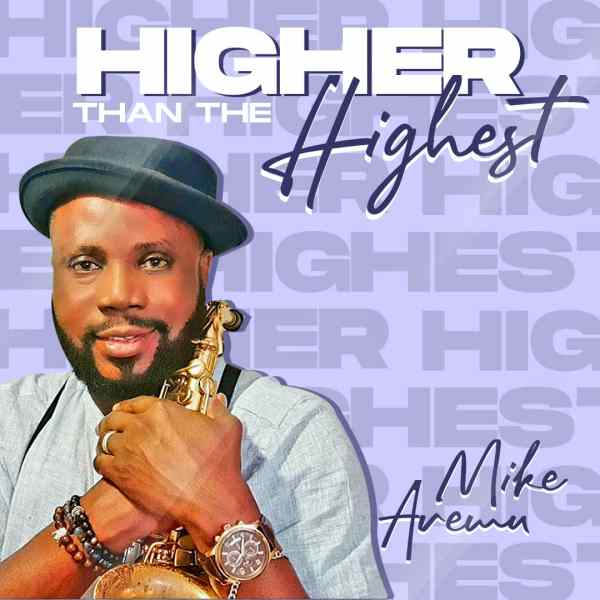 Nigerian Gospel Afro Artist King Mike Aremu, releases a powerful song, Higher Than The Highest! This is coming about 15 months after the release of his last album Sound Of the Spirit (SOS).

This is a very groovy, high-tempo Gospel song that will definitely get you on your feet. It was self-produced, alongside Toluwanimi Oni a.k.a Whitekeyz Tolu.

“I am so excited about this track as it shows a different side of me. It’s not the kind of track you’d have easily guessed was by me” ~ Mike Aremu

Mike Aremu has a reputation and is recognized as one of the front-running world-class saxophone players; currently the most successful Jazz global export from West Africa in particular Nigeria. His music transcends class, age, and race, but what sets this distinguished musician apart is his ability to draw from traditional Nigerian sounds to create sounds that represent both creative passion and his culture.

He signed a three-year contract (that lasted for four years) record deal with Kennis Music Label, Nigeria’s largest record label during this period, and released two chart-topping albums “Dance” (1999) and “No Shaking” (2002) jointly selling more than 1.5 million copies. He has also recorded two songs for the Christian Broadcasting Network in the United States.