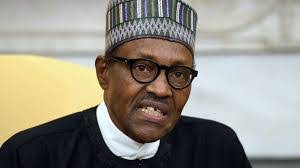 On Monday, President Buhari spoke on the ongoing nationwide protests against police brutality by youths, he stated that he is “worried about some of the exceptions” to the protest, he believed that as  “a father to this generation of our youths,’ they must  not  be made to “suffer from any form of police brutality.”

Also speaking, he advised the protesters to be at alert with the hoodlums who are trying to hijack the peaceful protests.

Mr. President speaking with Mr Sunday Dare, Minister of Youths and Sports Development appealed to the protesters to give the Federal Government time to address their demands.

“Mr. President said the youths of this country have spoken and he has since gone to work, not just as a President, but also as a father of the younger generation.

“He said as a father to this generation of our youths, his desire is for them to be well protected and live in a country where they enjoy their freedom.

Dare added: “Mr. President believes  that the youth of our country are a great resource and not a problem. He appreciates the fact that they have brought the SARS issue to the fore through their peaceful protest.

“He recognises that they have called upon the government to do what is necessary and that as a President and a father, he will make ensure  that the demands put forward are met.

ALSO READ:  Senators Who Want Buhari Impeached Are Not Serious About It- Bashiru

“He will work to ensure that our youth are no longer profiled but celebrated and supported for their vast potential, skills and for the fact that the future of our country lie in their  hands.”